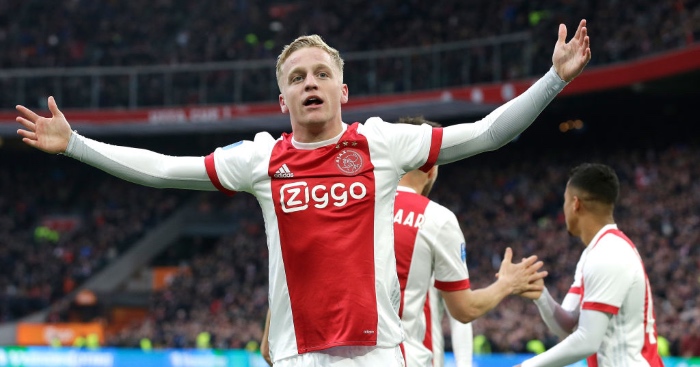 Manchester United announced the signing of Ajax midfielder Donny van de Beek on Wednesday for a reported fee of 39 million euros plus add-ons.

Ole Gunnar Solskjaer made the 23-year-old Dutch international his first signing of the summer transfer window in a deal that could rise to 44 million euros ($52 million, £39 million).

Van de Beek, who played an important role in Ajax’s run to the Champions League semifinals in the 2018/19 season, has signed a five-year deal at Old Trafford with the option of a further season.

“I cannot begin to explain how incredible an opportunity it is to join a club with such an amazing history,” he said.

“I would like to thank everyone at Ajax. I grew up there and I will always have a special bond with the club.

“I am now ready to take the next step in my career and perform at the highest level and there is no higher standard than Manchester United.”

He added: “Having spoken to the manager about his vision for this team, the direction that the club is going in is hugely exciting and I cannot wait to be a part of that.”