Manarakis: A lone crusader for the survival of Nupe language

At the age of 25 years when his peers were more concerned about how to perfect the mastering of the English language, Adamu Idris Manarakis,… 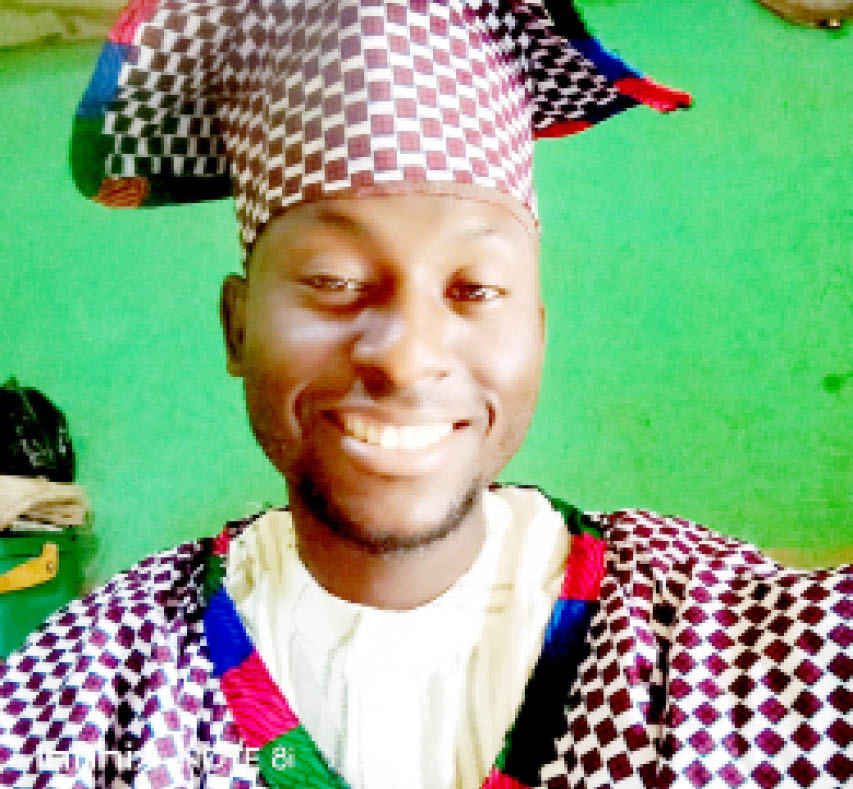 At the age of 25 years when his peers were more concerned about how to perfect the mastering of the English language, Adamu Idris Manarakis, was more alarmed at the threat of the disappearance of his mother tongue, the Nupe language.

He was also alarmed at a report by the United Nations cultural body, UNESCO which says of the 7,000 languages spoken worldwide, 2,280 are in danger of extinction.

The disappearance of local languages is, according to UNESCO, a loss of a “great part of human heritage” because they do not only serve as a means of communication but also a channel by which cultures, knowledge and traditions are preserved and transmitted between generations.

Linguists have argued that the rate at which civilization has pushed many people into the struggle to master the English language has continued to hold the indigenous languages at bay and the Nupe language is not an exception.

He also discovered that many children of Nupe parents did not know the names of things in Nupe and he felt it was a sign that his language had joined the list of endangered local languages.

But his turning point came after seeing someone rendering a poem in the Yoruba language. And he started his crusade in Nupe.

“At the 2011 edition of the Annual Schools Carnival of Arts and Festival of Songs (ASCAFS) organised by the Association of Nigerian Authors, Niger State Chapter, I met a participant who presented a poem in the Yoruba language. I became more enthusiastic about seeing the progress of a local language.

“When I got home that fateful day, I thought of it for a while and decided to start writing in Nupe language. That was how I started writing Nupe poems and with motivation from people, I have been progressing in the teaching and promotion of the Nupe language across Niger, Kwara and Kogi states.

The teaching, which started virtually on Facebook, was transferred to a physical classroom in 2017 with 55 students. Now the learning centre has over 300 students across the proficiency certificate and diploma classes.

When learning was put on hold in most of the institutions of learning at the peak of COVID-19 in Nigeria, Manarakis said he introduced the online study to keep his students busy during the lockdown.

“The idea of starting the Nupe Language School began on Facebook. I shared the concept, and I received over 400 responses.

“When I announced the commencement of an online Nupe language class, only a few supported the idea; some people called us names. But the more they laughed at us, the better we became. In the beginning, only a few people registered with us.

“Thereafter, many people advised me to move the whole idea to a physical classroom. The classroom lessons in Nupe language began on November 19, 2016, with 95 students,” he said.

Also, with moral and financial support from many sons and daughters of Nupe land, including the late Deputy Vice-Chancellor of Ibrahim Badamasi Babangida University, Lapai, Niger State, Professor Samuel Tswanya, Manarakis said he was able to employ some teachers to assist at the centre.

“Our teachers are now on monthly pay because the Police Secondary School, Minna, has also come in to support the teaching of Nupe, the indigenous language. It was the same idea we sold to the Niger State Government, but we discovered that the Commissioner for Education had no interest in it and the whole thing was set aside. But we approached other organisations for support and the Police Secondary School came in.”

Manarakis said the ILLEC runs its programmes almost free of charge, as most of its students could hardly pay the N5,000 fee he charges. “Our target isn’t the money but to get interested learners of the Nupe language to help preserve our language and culture.”

“Our Nupe class is not only the number one teaching centre, but it is also the number one institute where Nupe people receive knowledge in Nupe language. It is first of its kind as far as indigenous language teaching is concerned in Africa,” he added.

He said at its inception those who volunteered to assist in teaching the language could not continue as they were not being paid. “You know, anything that does not come with monetary benefits attached, it takes a brave mind to participate in such a struggle. So, my first set of instructors left a few months after we took off. But I didn’t bother much because we’ve already trained some students who had already mastered the teaching and were ready to give back.”

He said the centre introduced a free Nupe learning programme for married women who indicated interest in learning how to write and read in Nupe Language.

Manaraki told Daily Trust that his biggest dream is to see Nupe language taught at the PhD level with him as one of the pioneer lecturers.

He listed his challenges to include lack of adequate moral and financial support from the larger society, saying “we have Nupe people who have opportunities to help move this idea to a greater height. Unfortunately, they have refused to key in. We have written to individuals in government but the responses we got were not encouraging.”

He said effort had been made to ensure that Nupe language is taught as a course in tertiary institutions and as a subject in secondary schools across Niger State, adding that some tertiary schools, including the state college of education, have indicated interest in teaching the language.

Manaraki said he also has to his credit 30 book titles in Nupe language. “Frankly, the future is bright. That is what I believe because writing in indigenous languages has a more direct connection with people and their cultures than those written in the English language as far as Nigeria and Africa are concerned.

“In Hausa land especially, women and young girls read more Hausa novels than they do those in English; even in Minna, Niger State. So, very soon, Nupe novels would equally get a similar readership.

“When you read in your language, it is easier to understand than in a language where you would have to check the meaning of words in a dictionary, yet you may not understand it because you may still find dictionary meanings difficult to understand.”

He said he had also introduced a Nupe language newspaper which serves as a platform for publicising his activities to the larger Nupe audience in Niger, Kwara and Kogi states.

Manarakis efforts have not been in vain. Over the years his online efforts for the reformation and revival of indigenous languages in Niger State have earned him an honorary professorship by a United States-based university, Smart International Academy.

He is also said to have been conferred with the traditional title of Tashirun Nupe (Complete Nupe Man) by the Etsu Nupe and Chairman, Niger State Council of Traditional Rulers, Alhaji Yahaya Abubakar, in recognition of his efforts in promoting Nupe language.