Manchester United demolished Leeds 6-2 in the first league meeting between the sides for 16 years to bolster their Premier League title aspirations on Sunday.… 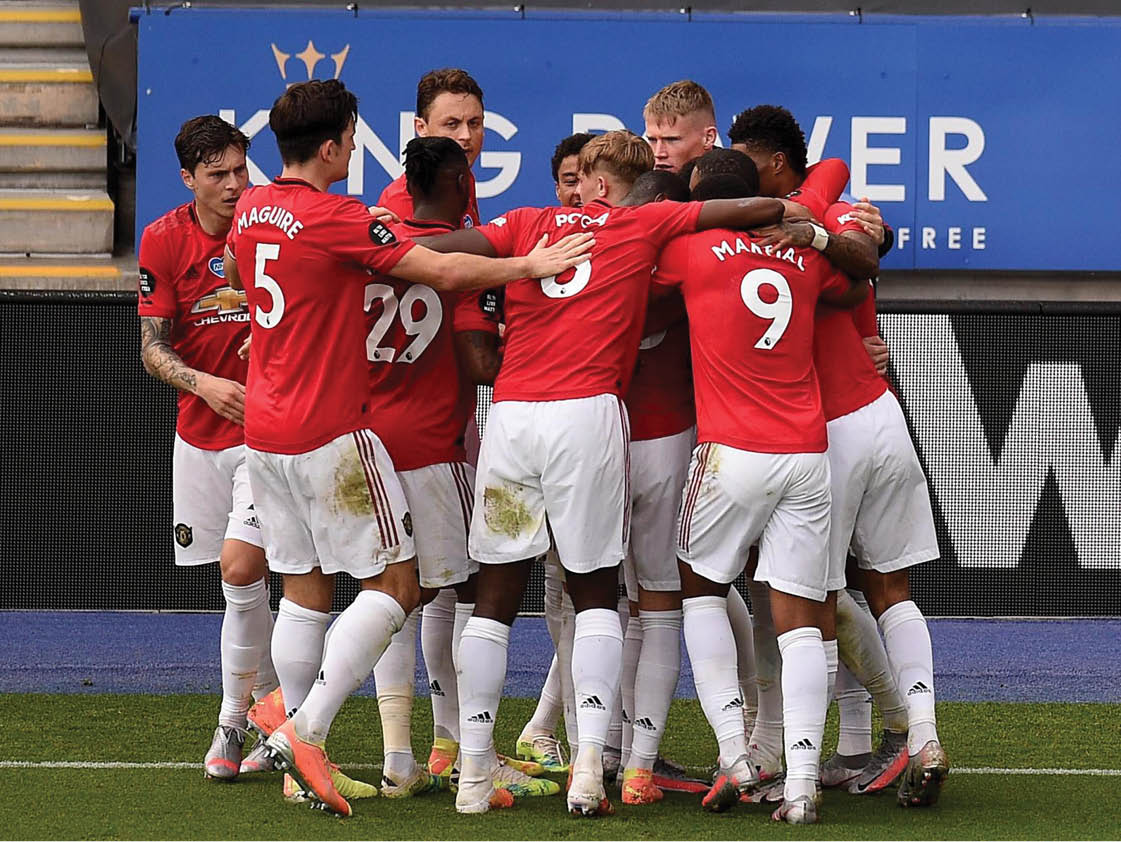 Manchester United demolished Leeds 6-2 in the first league meeting between the sides for 16 years to bolster their Premier League title aspirations on Sunday.

There was little doubt about the result after just three minutes, though, as McTominay scored twice in an incredible start.

The Scotland international burst forward from his deep role in midfield to smash home Fernandes’s pass from outside the area and then slotted home Anthony Martial’s through ball.

Bielsa was among the finalists for FIFA’s coach of the year this week for guiding Leeds back to the top flight.

However, the Argentine’s determination to play in the same wide-open style no matter the opposition backfired as the visitors were 4-0 down inside 37 minutes.

Fernandes pounced on a loose ball inside the area after another fast counter-attack before another Leeds’ Achilles’ heel, defending set-pieces, was exposed when Victor Lindelof swept home Martial’s flick on from a corner.

Leeds had plenty of chances themselves at the other end as Patrick Bamford slashed wide when clean through on David De Gea when the score was at 2-0.

However, they did not get on the scoreboard until four minutes before half-time when captain Liam Cooper headed in off the inside of the post from a corner.

De Gea was restored to the United goal in place of Dean Henderson, who had a night to forget in a 3-2 win at Sheffield United on Thursday, and the Spaniard showed why he remains Ole Gunnar Solskjaer’s number one with a stunning save to prevent Raphinha making it 4-2.

Daniel James came within minutes of becoming a Leeds player in the January transfer window of 2019 before his move from Swansea collapsed and the Welsh international moved to United six months later.

Solskjaer handed James a rare start, knowing his speed on the break would cause problems, and he got his reward for an impressive display when he latched onto McTominay’s pass to drill low past Illan Meslier for United’s fifth 24 minutes from time.

Moments later Leeds had been hit for six as Martial was upended inside the penalty area and Fernandes rolled home United’s 10th penalty of the season.

The scoring did not stop there as Stuart Dallas fired a wonderful effort into the top corner to the Leeds deficit.

Meslier made a series of late saves to deny United matching Liverpool’s seven-goal thrashing of Crystal Palace on Saturday, while Jack Harrison should have added another for Leeds late on as a breathless encounter ended with 43 attempts on goal.

United had previously struggled to match their perfect away form in the league this season, but just a second win in seven games at Old Trafford propels Solskjaer’s men back into title contention as Tottenham, Chelsea and Manchester City have dropped points in the past week.

Defeat leaves Leeds still in 14th, but with a seven-point cushion above the relegation zone. (AFP)