Man City beat Palace to close in on EPL title

After a scrappy first half at Selhurst Park, Sergio Aguero thumped City ahead with a clinical finish before Ferran Torres drilled in a low shot.… 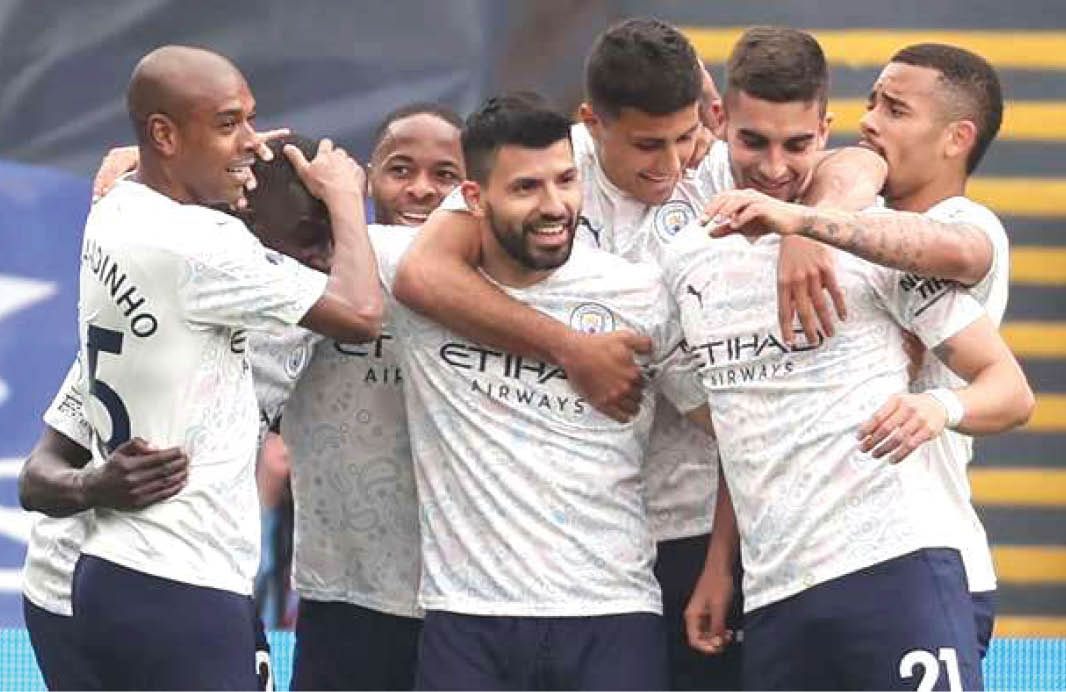 Manchester City could clinch the Premier League title today after two goals in the space of 83 seconds saw off a stubborn Crystal Palace.

City will secure a third title in four seasons if second-placed Manchester United lose at home to Liverpool.

After a scrappy first half at Selhurst Park, Sergio Aguero thumped City ahead with a clinical finish before Ferran Torres drilled in a low shot. That ended the resistance of Palace, who stay in 13th place.

Roy Hodgson’s side had chances in the first half through Christian Benteke, who flicked a header wide and had a close-range shot blocked by City keeper Ederson.

But once City made their breakthrough when Aguero smashed high into the net, quickly followed by Torres’ precise finish, the result was not in doubt.

The German, one of five changes in between the Blues’ Champions League semi-final legs against Real Madrid, latched on to Mason Mount’s through ball to give them an early lead.

He doubled their advantage when he finished after a one-two with Timo Werner. In between those efforts he also had a goal correctly ruled out for offside.

Chelsea, who just need a goalless home draw against Real on Wednesday to reach the Champions League final, have a six-point cushion over West Ham in the top four.

Meanwhile, Brighton moved within touching distance of Premier League safety for another season as Graham Potter’s hosts opened a 10-point gap to the relegation places with victory over Leeds United.

With four games to play, the Seagulls – looking to secure a fifth successive term in the top flight – climbed three places to 14th.