Malaria, Rains and The Way Forward 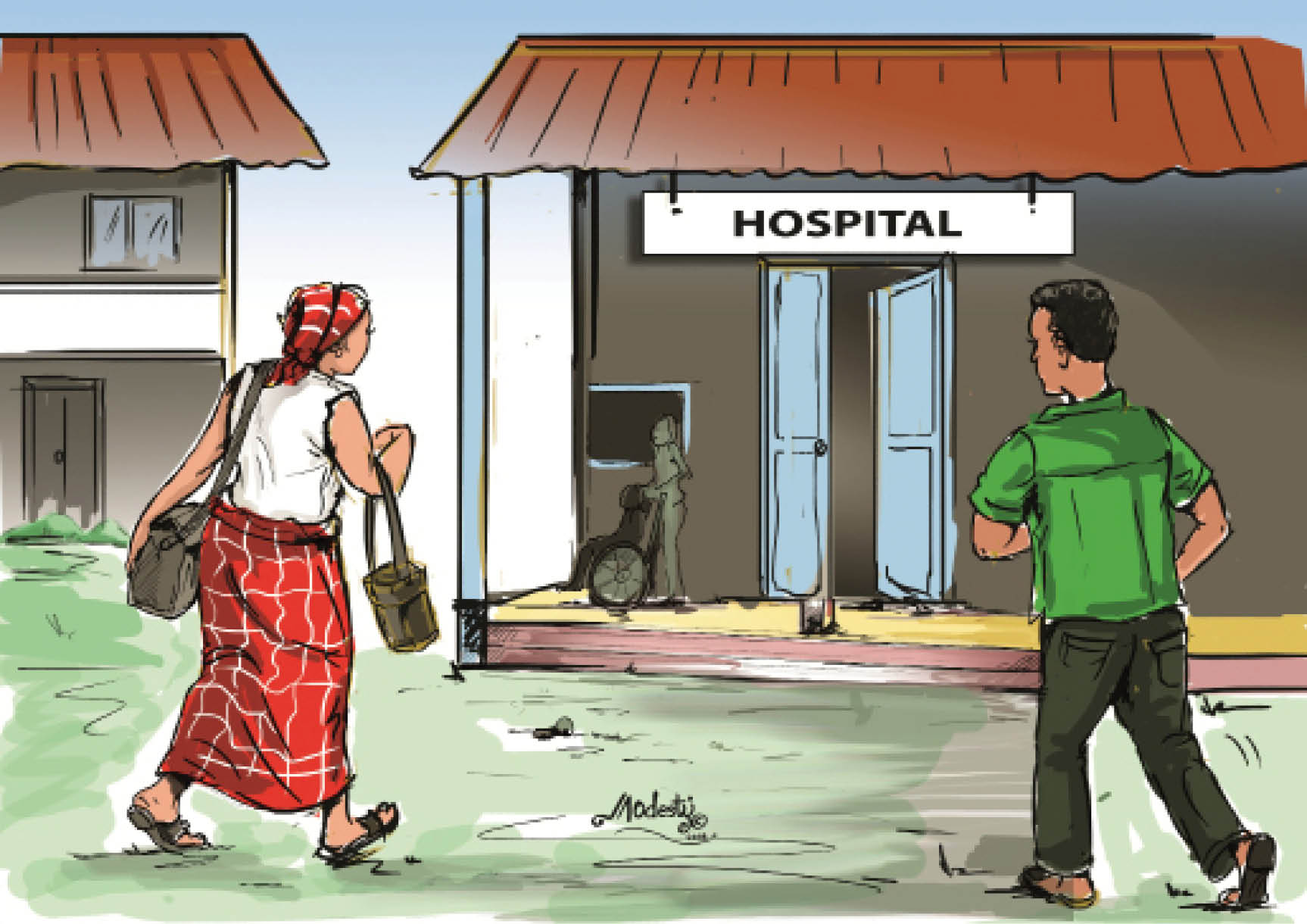 When the roads and drains are flooded. When the shallow rooted trees and electrical poles fall on public roads and create chaos. When thunder and lightening join forces to cause mayhem on our electrical appliances (unless of course you have a competent thunder arrestor). When our simplistic and archaic drainage system becomes overwhelmed and dirty water bursts forth flooding our markets, offices, schools and other public buildings. When the flood causes our cars to breakdown and the mechanics smile to the bank. When the hospital corridors are crowded and the emergency department is filled with people complaining of all sorts of febrile illness.

As a child, memories of us removing our socks and school shoes before wading through water to enter our classes in a private school in Ikoyi, Lagos still haunts me. Now, more than thirty years later, the situation has only mildly improved.

Hadiza, a thirty-seven-year-old woman, is the mother of six young children, two of whom have already died of malaria. She lives in a remote village in Kano state in northern Nigeria, 25 kilometres from the nearest town, at the end of a road that is impassable during the rainy season. There is no health clinic in her vicinity, and no registered drug store, so home remedies and prayer are often her only treatment for illness.

The romance between malaria and rainy season is an unending one. Mosquitoes typically accompany the rains, especially in areas where there is stagnant water (water that is not running or moving). Why? Because stagnant water provides a suitable environment and conditions for female mosquitoes to breed.  After the female bites and feeds on the blood of humans or other animals, she lays her eggs directly on or near water, soil, or at the base of some plants in places that may fill with water. Once her eggs are laid, the four-stage of a mosquito life cycle begins: Egg (hatches in water) –> larva (emerges in water) –> pupa (emerges in water) –> adult (emerges from the pupal case after two days to a week). This life cycle typically takes up to two weeks, but depending on environmental conditions, it can range from 4 days to as long as a month. Hence, one of the ways to eliminate malaria is by getting rid of stagnant water in your environment.

Despite some levels of commitment to malaria control, malaria still remains a major public health problem worldwide. Malaria takes the lives of more than one million people annually, 90% of whom live in sub-Sahara Africa (SSA), and it causes 300 to 500 million people to fall ill Malaria is one of the leading causes of morbidity and mortality among the Nigerian population, especially in under-five children.

The World Bank reported that up to one third (300,000) of all world malaria deaths occur in Nigeria. Malaria also exacts a heavy socio-economic burden on Nigerian households and health systems. Due to the burden of disease over many decades, Nigeria had been a signatory at the African Roll Back Malaria (RBM) summit held in Abuja in 2000 (often called Abuja summit), which arrived at the declaration to achieve universal coverage of insecticide-treated mosquito nets (ITNs) and ensure prompt treatment of vulnerable populations (especially under-five children and pregnant women). Unfortunately, the history of malaria control in Nigeria since the summit is one of insufficient effort and funding to achieve the targets. This is why the progress has been too slow.

Since RBM, there have been several other projects and to be absolutely fair to government, there has been tremendous progress. ITNs are being distributed freely at almost all (I dare not say all) PHCs around the country. It is an integral part of antenatal care and under-five clinic at all government hospitals.

And yet, malaria continues to plague us all.

The mortality levels may have reduced, however there is still significant morbidity associated with the illness which translates to a socio-economic burden of disease. Complications of severe malaria in children, along with the burden of sickle cell disease is what makes the rainy season a nightmare for most healthcare practitioners in Nigeria.

When clerking Hadiza, I asked about some of the risk factors to malaria in her environment. There is a common practice in the village which is that the rainy season is not just a time to get lots of water in a small community that lacks access to water, but also an opportunity to dispose of their domestic waste. How so? According to Hadiza, the gutters and water drains are the usual sites to dump refuse whenever it rains as “the rain is meant to carry the waste away.”

Like my friend likes to say ‘My tired is tired’.

So, what is the way forward?

Malaria vaccines have been in development since the 1960’s, with substantial progress in the last decade. October 6, 2021, marked a historic day in the development of malaria vaccines, with release of the World Health Organization (WHO) recommendation for widespread use of the RTS,S/AS01 (RTS,S) malaria vaccine among children living in sub-Saharan Africa and other regions with moderate to high P. falciparum malaria transmission.

Currently, the RTS,S/AS01 (RTS,S) malaria vaccine is being administered among children in sub-Saharan Africa and in other regions with moderate to high P. falciparum malaria transmission. The recommendation is based on results from the ongoing pilot programme in Ghana, Kenya and Malawi that has reached more than 1 million children since 2019. The goal of the vaccine called Mosquirix, is to assess the feasibility of delivering the three-dose vaccine series plus booster through routine health systems, carefully examine the relationship of the vaccine to specific adverse events (febrile seizures, meningitis, cerebral malaria), and also evaluate its impact on all-cause mortality.

Why not Nigeria, you whisper? I have no idea. Perhaps after Pfizer catastrophe in 1996, where a drug trial was conducted without ethical approval, we are more cautious. Either that, or we have lost our street credibility.

Meanwhile, while the pilots are still on-going until 2023, sufficient data on safety and efficacy have been collected to allow for a broader recommendation for the use of the vaccine to take place. Key findings include a strong safety profile, being feasible to deliver, cost effectiveness and high impact in real-life childhood vaccination settings. The CDC reported a significant reduction (30%) in deadly severe malaria, even when introduced in areas where insecticide-treated nets are widely used and there is good access to diagnosis and treatment.

Hopefully, there will come a day when we (or perhaps our children), will become immune to the disease called malaria. Until then, we will continue to dispose our waste in the drains while the government turns a blind eye.

Let science be our saviour.