The Oyo State Governor, Seyi Makinde, has picked the Executive Chairman of Oyo State Housing Corporation and former Commissioner for Justice in the state, Barrister… 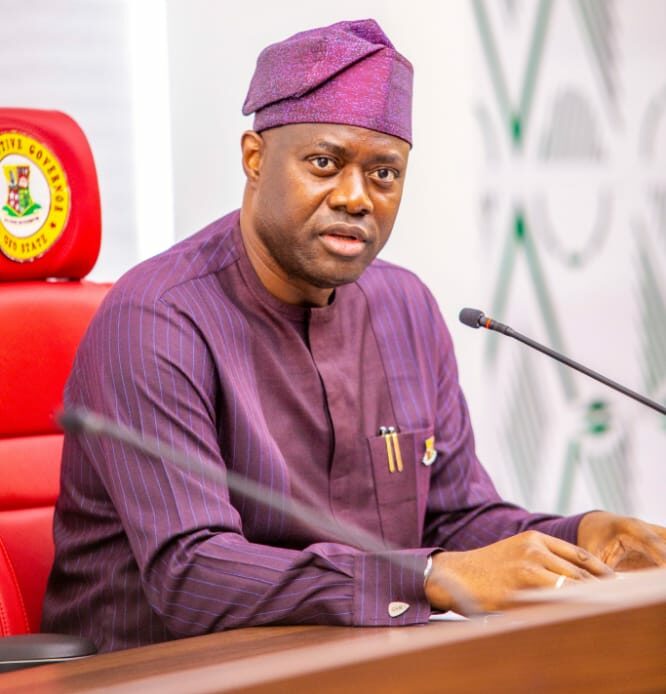 The Oyo State Governor, Seyi Makinde, has picked the Executive Chairman of Oyo State Housing Corporation and former Commissioner for Justice in the state, Barrister Bayo Lawal, as his running mate for the 2023 gubernatorial election.

Osinbajo to APC Delegates: You cannot wish the country well and vote for someone you don’t believe in

Daily Trust reports that the deputy governor of the state, Rauf Olaniyan on Sunday announced his defection to the APC.

Earlier, the governor, at the meeting held at the Presidential Lodge of the Government House, Agodi, Ibadan, said that following consultations with party leaders, he had picked a running mate from Irepo/Olorunsogo/Oorelope Federal Constituency, where his incumbent deputy hails from, to ensure balance in the power configuration.

He said: “You heard it that the deputy governor of the state has left for another party and the exigency of the period made it important for the governor to consult with our leaders from Oke-Ogun, which he did.

“The outcome of that consultation is that Barrister Bayo Lawal from Irepo Local Government will run with Governor Makinde as his deputy governor in the 2023 general elections. That is the interpretation.”

Also speaking at the end of the meeting, the deputy governorship candidate of the PDP, Barrister Bayo Lawal, appreciated Governor Makinde and all the leaders from Oke Ogun for choosing him as the governor’s running mate.

According to him, “This is a great privilege that I won’t take lightly or simply but with all seriousness.

“I, therefore, wish to extend my appreciation to all my leaders from Oke- Ogun. To the glory of God, none of our leaders opposed my nomination as running mate, which clearly shows the acceptance is overwhelming.

“However, this throws a lot of challenges to me as a person. First, I have pleaded with all my leaders to give maximum cooperation to this administration. We want to continue on that pace and tempo and even add more.

“That is what I am supposed to do as the deputy governor and I pledge my loyalty to the governor, the party and the people of Oyo State.”