2022: Raging floods inundate Nigeria Catastrophic floods between September and October 2022 caused the deaths of over 600 people and displaced 1.3 million from their… 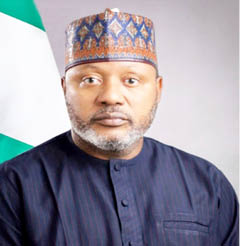 Catastrophic floods between September and October 2022 caused the deaths of over 600 people and displaced 1.3 million from their homes across Nigeria in 2022. Though there are other extreme weather events and the Federal Government of Nigeria’s policies that impacted the environment, the flood disaster overwhelmed the others.

Torrential rains, clear evidence of climate change, coupled with poor town planning, made some parts of the country more vulnerable to flooding. Lokoja, Makurdi, Yola, and Yenegoa seemed to be the capital towns most hit by the ravaging floods.

But the most tragic incident in the Nigerian flood episode was that of 76 people who died trying to flee the flood after an escape boat capsized in Anambra. The 85 passengers on board were fleeing Onukwu to the Nkwo Ogbakuba community in the state.

The floods also destroyed about 200,000 houses, while 266,000 acres of farmland were completely or partially washed away.

A flood disaster of that magnitude occurred a decade ago between July and October 2012, when the Niger and Benue rivers spilled over their banks. The recorded death toll then was under 500, but it reportedly displaced a similar number of people as this year’s disaster.

The floods have exacerbated the humanitarian crisis in the country with many more Nigerians, especially Internally Displaced Persons (IDPs), facing severe hunger and water shortages.

Coming against the backdrop of extreme weather events in Africa, the Conference of Parties (COP) 27 of the United Nations Framework on Climate Change held in Sharm el Sheikh, Egypt from the 6th to the 18th of November 2022, was a beacon of hope for the most vulnerable people impacted by the changing climate.

COP27 provided the platform for over 30,000 government officials, representatives of states, NGOs, private sector organizations, the press, Indigenous people and members of the public to negotiate the future of climate actions.

And most significantly, the COP27 ended with a breakthrough promise to provide loss and damage funding for vulnerable countries hit hard by floods, droughts and other climate disasters.

It was widely celebrated as a watershed moment but the details would need to be ironed out in the course of 2023. Details like who should pay into the fund, where this money will come from and which countries would benefit are still to be decided.

However, a ‘transitional committee’ will make recommendations on how to operationalise both the new funding arrangements and the fund for consideration and adoption at COP28 next year. The first meeting of the transitional committee is expected to take place before the end of March 2023.

Besides, since climate pledges aren’t worth the paper they’re written on if they aren’t taken off the page and turned into concrete action, bold steps were taken to implement the decisions taken at the previous COPs.

Thus, on the opening day of the conference, UN Climate Change Executive Secretary Simon Stiell called for aligning “every corner of human activity” with the 1.5°C goals, saying “Paris gave us the agreement and Katowice and Glasgow gave us the plan, Sharm el-Sheikh shifts us to implementation.”

The bundle of decisions adopted at COP27 focused on implementation – they aimed at strengthening action by countries to cut greenhouse gas emissions and adapt to the conspicuous impacts of climate change, as well as boost the support of finance, technology and capacity building needed by developing countries.

Following commitments made by Nigeria at the COP26 at Glasgow in 2021, Vice President, Prof. Yemi Osinbajo launched Nigeria’s Energy Transition Plan (ETP) on August 24, 2022. The ETP marshals Nigeria’s strategy to reach a net-zero emissions energy system by 2060. The country’s energy sector accounts for about 65% of the country’s total greenhouse gas emissions.

The launch of the ETP was lauded by stakeholders but there are still concerns that Nigeria’s past efforts to make its energy system more sustainable, including the Nigerian Renewable Energy Master Plan, have fallen far short of their goals.

Again, the huge financial commitment needed to fund Nigeria’s Energy Transition Plan (ETP), about 1.9 trillion U.S. dollars up to 2060, could be a snag in successfully implementing the plan.

A mass of earth collapsed in the community, burying some houses and destroying 15 others. It was also reported that 38 families were rendered homeless as a result of the disaster.

The landslide opened up the belly of the earth, throwing up a human skull and other ancestral artifacts. It was reported that many graves were affected by the slide.

President Muhammadu Buhari, on  July 25, 2022, approved the appointment of Dr. Salisu Mohammed Dahiru as pioneer Director General and Chief Executive Officer of the National Council on Climate Change. The appointment followed the enactment of the climate change law in 2021. The Climate Change Act provides the legal and institutional framework with which climate change actions and plans will be implemented.

And as part of his climate change agenda, Mr. President made a commitment for Nigeria to achieve a net zero emission by 2060, in line with the goals of the Paris Agreement.

In this regard, President Buhari expects the Dahiru to drive the implementation of Nigeria’s climate change agenda and the National Climate Change Action Plan, including the development of a carbon market framework and a national adaptation plan, which will be in sync with the aspirations enshrined in the nation’s Nationally Determined Contributions (NDCs).