The Maduka Campaign Organisation has said that a petition made against Chief Olisa Metuh to the Inspector General of Nigerian Police, circulating in the social… 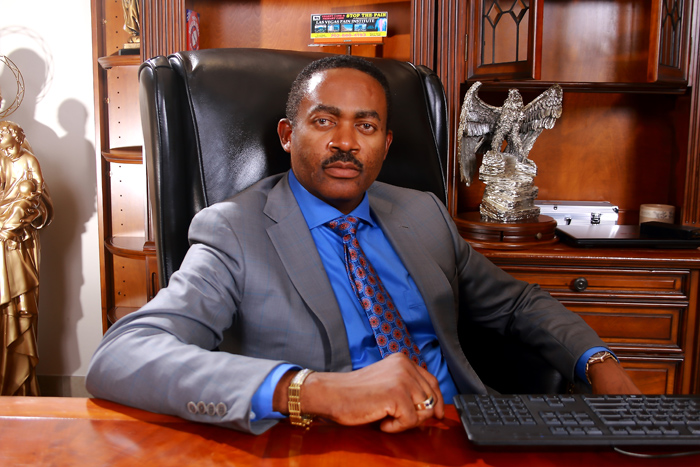 The Maduka Campaign Organisation has said that a petition made against Chief Olisa Metuh to the Inspector General of Nigerian Police, circulating in the social media, did not emanate from Dr Godwin Maduka Foundation.

It said the petition, linked to Dr Godwin Maduka, the Accord Party flag-bearer in the November 6 governorship election, was a calculated attempt to discredit and rubbish his integrity.

This was contained in a statement on Tuesday by the campaign media assistant, Alex Nwankwo.

It stated that the allegations against the Accord Party flag-bearer were untrue and malicious.

It also stated that the Dr Godwin Maduka campaign team did not in any form make any petition to the Inspector General of the Nigerian Police against anybody whatsoever, stressing that the said petition did not emanate from Dr Godwin Maduka’s Office.

It also stated that the logo and the letterhead paper used in the letter, including the signature were not that of Maduka.

The letter quoted that Maduka accused Metuh on grounds that he, Metuh, collected over N65million and a Mercedes Benz G-Wagon car from him after promising to secure a PDP governorship ticket for him.

The letter also stated how Maduka was frustrated and demanded his money back, prompting the IG and EFCC to intervene and investigate.

“However, the petition purported to have come from Maduka, directing the IGP to investigate Chief Olisa Metuh, a PDP chieftain over breach of agreement is totally fake and did not originate from Accord Party nor his campaign organisation.

“Lately, Maduka has been in eyes on Anambra people as one of the favorites in the upcoming Anambra State election.

“He has also come under heavy attack from opponents noticing his high rising profile and near victory schemes.

“Few days ago, a news trended online about Dr Maduka’s defecting to another party which he debunked and said it is a cheap propaganda by opponents to win at all cost.

“Also, another trending video on a social media platform showed some hired town criers from Orumba South alleged to have denounced Accord Party and defected to another party, all by the same desperate opponents who feared his rising profile.

“He reiterated the Accord Party’s stand to maintain integrity and decorum in the face of the ugly machinations and assures Ndi-Anambra to remain resolute in voting their right candidate,” the statement added.

Nwankwo also assured party members to brace up for victory as plans were on the ground to hold on to the party’s lead at the polls.