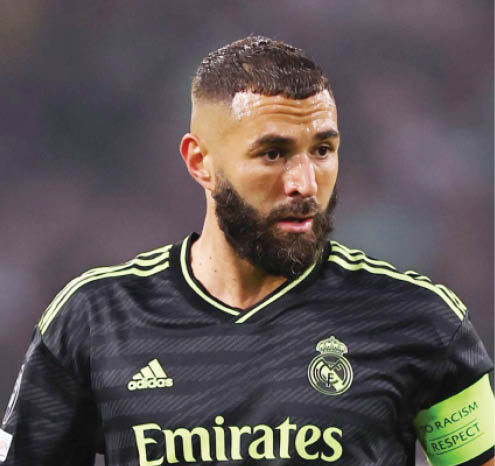 Real Madrid will aim to keep their 100 per cent start to LaLiga going when they host Mallorca today though they will have to do so without talisman Karim Benzema who misses out through injury.

The Spanish and European champions are the only side left in Europe’s top five leagues with an unblemished record this season but must find goals from elsewhere after Benzema limped off in the first half of Tuesday’s Champions League win over Celtic.

With Frenchman Benzema likely to miss at least the next fortnight, and without a natural replacement, club-record signing Eden Hazard could be set for a ‘false nine’ role.

Hazard replaced Benzema after half an hour at Celtic Park and after a slow start grew into the game, earning plaudits from manager Carlo Ancelotti and local media alike for his performance, which he capped with his first goal since January.

Benzema joins defender Eder Militao on the sidelines, the Brazilian also picking up a muscle problem against Celtic, while Jesus Vallejo and Alvaro Odriozola are also likely absentees.

Second-placed Barcelona, who sit two points behind Real, will look to put pressure on their arch-rivals when they visit bottom side Cadiz on Saturday, while third-placed Villarreal host Real Betis, who are fourth, in Sunday’s late kick-off.