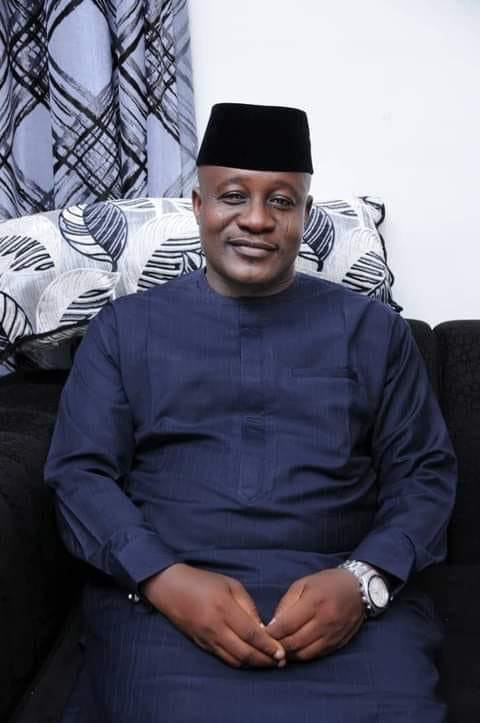 It is widely storied that the internal revenues generated by many states in Nigeria are nothing to write home about due to many factors. Let’s leave the dissection of the factors for another day. Despite the knots, a few states could be exempted from the grim stories. Niger, my state, unfortunately, isn’t one of them. Worried by the situation and to spur change and have the story rewritten, the governor, His Excellency Abubakar Sani Bello, was diligent and thorough as he scouted for an enabler of change. The baton fell on Mohammed Madami Etsu (A Deputy Director of Taxes) from the Federal Inland Revenue (FIRS), where he grew through the ranks since 1995, held many appointments, and performed commendably. His last position was as the Coordinator of the quartet of Bauchi, Plateau, Yobe, and Borno for the FIRS.

Etsu resumed his Chairmanship of the Niger State Service of Internal Revenue in June 2021. He has now spent seventeen months on the job. Some people would say assessment of a leader’s performance is better carried out after he clocks one year in office. In December 2021, barely six months after Etsu assumed office, it became glaring that the grime story of IGR in Niger State is forever on the cusp of change. Niger struggles to surpass N10 billion in a year; Etsu took it to N16 billion in December 2021.

For a State that hardly generates up to N600 million consistently month-on-month, Etsu has succeeded in keeping the collections above N700 million since he assumed office and as at August 2022 did a collection of over N1 billion. Thanks to Etsu, today, Niger is ranked 6th among the states with the highest year-on-year IGR growth, according to the Nigerian Bureau of Statistics (NBS).

Everybody knows how IGR boosts infrastructural development, especially in a state like Niger with a gaping deficit.
When he came on board, he met an organisation far below what is obtained elsewhere. The technology was backward; the staff lacked skills and motivation; the offices were ramshackle and untidy; the policies weren’t of best practices; loopholes dotted the system; high prevalence of illegal and unethical practices, etc. Today, the staff of the Service can boast of a conducive working environment, which he achieved within weeks.

Even though, over the years, Niger was infamous for low IGR, the paltry sums were still being cornered. Etsu promptly adopted an Integrated Tax Administration System (ITAS) to plug every leakage through technology deployment in tax collection. This means that both tax payment receipts and Tax Clearance Certificates (TCC) are no long manual but are issued online in real-time.
Another issue impeding the Service before he came was the capacities of the members of staff. Most of them were entirely in the dark about modern tax practices. To reverse the situation, the Service now routinely sends them on training. A wholesale reshaping of the Service’s entire human resource is also ongoing, especially the issue of casual staff. The Service has about 300 staff, of which only 102 are on permanent appointments while over 200 are on a casual basis. Records have shown that some casual staff have willingly operated in that capacity for over ten years. They are mostly graduates. Even if they see permanent jobs elsewhere, they reject them; they prefer to hang around the revenue Service, ostensibly because of the perks they get from the infractions they commit. Experts have established that temporary workers in the tax industry lack commitment and cause leakages. Etsu does detest the practice and is already on the cusp of weeding it out.

Another factor boosting Niger’s IGR since Etsu came on board is the opening of new offices and the activation of obsolete ones in every nook and cranny of the state. A town as far-flung as Babanna in New-Bussa has an office, an active one even. Whereas in the past, workers in such far-flung offices weren’t diligent or brazenly cornered most of what they generated, things have changed; operations are now online and monitored from the head office.

However, even as plausible as what Etsu is doing is, some people are incensed. They don’t want things to change. They know a change will halt their party. They want the IGR to keep leaking into their personal vaults. Thus, they have resorted to writing frivolous petitions and sponsoring incendiary publications against him in the newspapers. The most contentious was the one published in the November 5th edition of The Nation.

First, the writer discarded the rule of Balance and Impartiality by not giving the Chairman room to relate his side of the issue. Journalism will be in tatters if the practitioners keep compromising this rule. Most scholars of journalism believe the rule is golden. Secondly, the writer should have deployed her professional insight to glean that the petition upon which she was hinging her flood of allegations was fake. According to the newspaper, the petition was written and addressed to the Governor by Barrister Nuhu Edah on September 6, 2022. But Edah officially disclaimed the letter on October 14, 2022, disclosing that he had left for Kaduna for a medical purpose four days before the said letter was hatched. Therefore, the allegations become fiction. Against the backdrop of the established truth, Etsu deserves an unreserved apology.

On the allegation that Etsu recruited some aides to whom he makes, the state government pays over-bloated salaries; their salaries are not over-bloated. They are on secondment from the FIRS with the governor’s permission to help implement the ongoing reforms, leveraging their skills and experiences. Before they came, the state government agreed to incur the equivalent of their salaries and allowances at the FIRS, far below the amounts the naysayers are bandying about.

Lest I forget, very soon, the head office of the Revenue Service will no longer be sardined within the premises of the old state secretariat. Thanks to Etsu, developers have started construction work on the new head office for the Service a few days ago. As the Chairman told me during an interaction, everything is tailored towards generating a minimum of N3 billion monthly.