A former Nigeria Football Federation (NFF) presidential candidate, Hon. Lumumba Dah Adeh, has said the country’s football administration is being controlled by a group that… 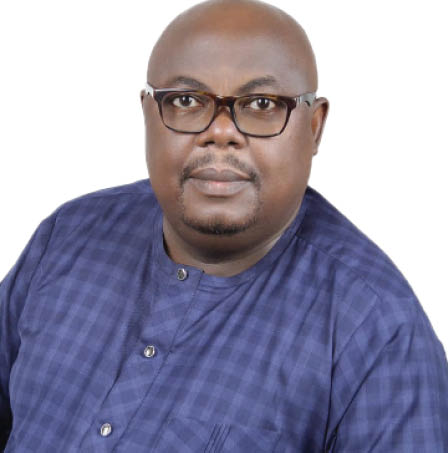 A former Nigeria Football Federation (NFF) presidential candidate, Hon. Lumumba Dah Adeh, has said the country’s football administration is being controlled by a group that is allegedly executing a sinister agenda. In this interview with Trust Sports, the former member of the House of Representatives from Plateau State and proprietor of defunct Jos City Raiders FC explained how and why the present leadership of the NFF is wielding ‘excessive powers’, the declining fortunes of Nigerian football as well as Super Eagles misadventure in Cameroon.

Why has it been difficult for Nigeria to raise formidable squads like the 1994 Super Eagles and 1996 Atlanta Olympics gold winning team?

Before I proceed to answer your question, let me say there is a glaring failure or backwardness in Nigerian football technically and otherwise. If you do a comparative analysis of what football was even in the 90s not to talk of the 70s and 80s to what it is today, it is quite pathetic in terms of even local followership of football. It has dwindled to the lowest point. This calls for us to sit down and ask what has gone wrong. If you ask me, football in Nigeria has become a mafia affair and I think it is more of politics than the technicality required to run football both commercially and technically. Some people have hijacked the affairs of Nigerian football and they are not running it well. It is now like a family affair. But anything that is technical and desires growth cannot grow under such an atmosphere of sentiments and emotions. So we are not making any progress and it is reflecting in our national teams.

What would you say can be done to address some of the concerns you have raised?

The provision of the statues of the Nigeria Football Federation as an affiliate of FIFA has cowed the government which has the responsibility to supervise and also ensure that Nigeria and Nigerians benefit from any association that operates within our sovereignty. The power of government has been taken by the assumption or belief that FIFA abhors government interference. So people who find their way by hook or crook into positions of leadership in the football association are on their own. There is no oversight on them. So they do whatever they want to do. All they do is politics more than football development. Everybody wants to protect his personal interest. Standards have been lowered, rules are not adhered to strictly and people are not punished when they go wrong. There is no deterrent.

Why has it been so difficult for the National Assembly to pass the enabling law to curtail some of the excesses you have mentioned?

Let me tell you something. I am too ashamed because the past two or three attempts that I followed in the National Assembly to domesticate the FIFA statue into having a Nigeria Football Act ended as embarrassment. It is indeed embarrassing to note that because of the quantum of money in the hands of those in charge of the football association, they always have their way. That is why we are where we are. I participated in one or two of such public hearings and I saw the direction they were going and I knew a lot of compromise had been made. And in such circumstances, there is little or nothing anyone can do.

Why is it becoming increasingly difficult for other stakeholders including the congress of the Nigeria Football Federation to check these ‘excesses’?

Like I said, the whole thing is reduced to a cult-like association. It is only they and their cohorts that can have any stake in the affairs of the association. Don’t forget that there was once a time that no one could exercise such powers but they kept on reducing or limiting the Electoral College in order to have only their people there. They take them anywhere they go for tournaments like the AFCON or World Cup. The state FA chairmen and their secretaries who form the NFF Congress repay such gestures with hundred percent loyalty. It is for this reason that I said football administration in Nigeria is now 80% political rather than technical which football administration should be. And there is also nothing any stakeholder outside the congress can do because decisions are taken only at their Annual General Assembly (AGM). Sadly, there is no provision for stakeholders to make any input at the AGM. It is only if the National Assembly can amend the Football Act that such amendment or adjustment to accommodate all stakeholders can be made. But they have gotten what they want through that process so there is nothing anyone can do.

Are you therefore saying we are already faced with a hopeless situation?

I am afraid. At the risk of sounding pessimistic, it is already a hopeless situation. There is no sports minister that comes in and after making the initial noise, still goes on to carry out the required oversight functions on the football association. Before you know it, he is either compromised or must have seen the difficulty or impossibility of cleansing the system.  And don’t forget that with loads of money, they can penetrate almost everybody in this country.

You once contested elections to lead the Nigeria Football Federation (NFF). Are you still nursing such political ambition?

I didn’t come into football by happenstance. Right from the beginning, football has been part of my life. I just can’t keep away from it. I am so passionate about football. Even as I have withdrawn from any participation at the political level, I still feel that passion for football and I feel pain because I know the potential in Nigerian football. I know where we ought to be but we are nowhere near it. As a matter of fact, we have declined far more than where we were. Even smaller countries have caught up with us. My comments have nothing to do with any political ambition. I am not nursing any political ambition to head Nigerian football anymore but I have that passion for Nigerian football. Half of our potential in football is not being utilised.

What is your assessment of the Super Eagles performance in the just concluded Africa Cup of Nations (AFCON) in Cameroon?

I feel they possess the potential to go beyond where they stopped. They started on a good note but somewhere along the line, maybe due to technical and psychological issues, they got derailed. After their first three matches, our opponents sat down to study the team. They identified our strengths and weaknesses. Unfortunately, after our victory over one of the tournament’s favourites Egypt, the boys saw themselves as champions before the finals. So, I think those in charge of the team failed to manage the players’ confidence and psychology.

What is your take on the recent appointment of Austin Eguavoen and Emmanuel Amuneke to lead the Super Eagles technical crew?

Ordinarily, I think that should be a good combination but I am not sure of their state of mind. I wouldn’t know if the two are willing to work together. But if they can find the synergy, it will be good. It is not a bad idea. I have followed Amuneke and I think he is a very sound coach. He has paid his dues enough to coach the senior national team. And I think this is the second or third stint for Eguavoen so he has the prerequisite experience. However, like the Bible says, unless the two agree, they can’t walk together.