Colonel Sani Bello (Rtd) who turned 80 recently is a former Military Governor of Kano State and now a renowed businessman. In this interview with… 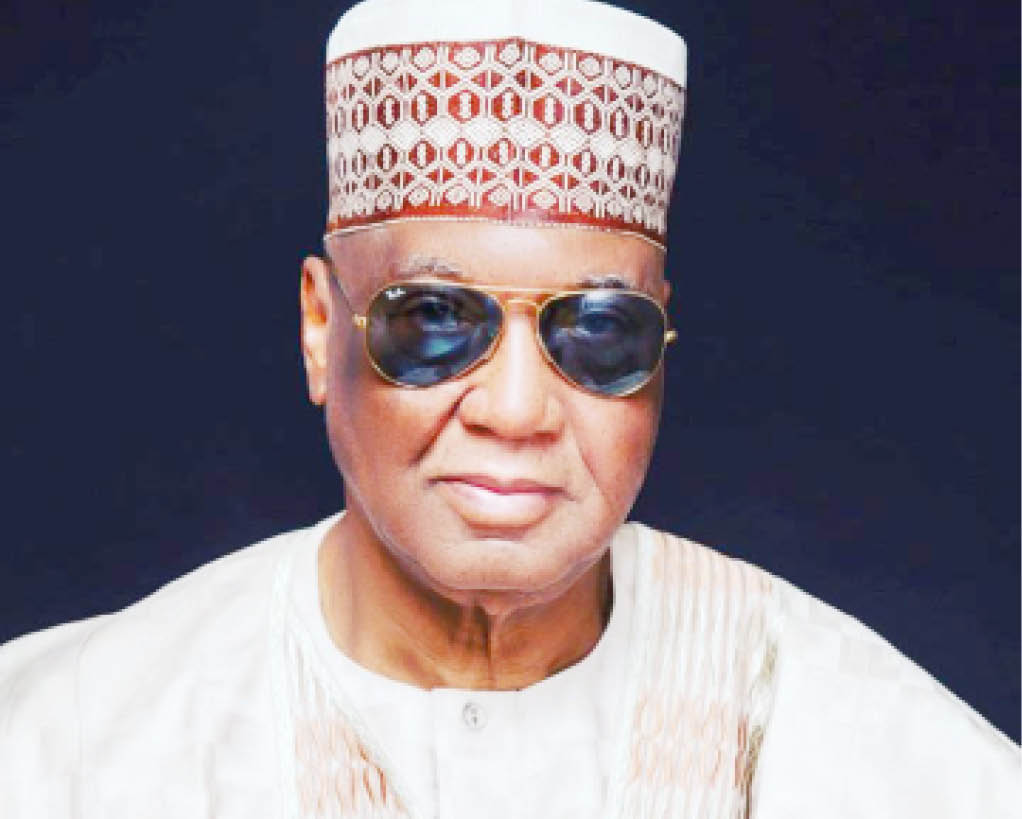 Colonel Sani Bello (Rtd) who turned 80 recently is a former Military Governor of Kano State and now a renowed businessman. In this interview with Daily Trust on Sunday, he urges politicians to embrace peace when defeated in the 2023 general elections.

What is your message to Nigeria at this time of another democratic transition?

Peace; in whatever we do we should put Nigeria first and make sure that we have peace. Power or leadership is given by God. God chooses whoever he wants to get power and determines who gets it. We are only expressing the will of God through casting our votes.

Anybody who believes in God must believe in the power of God. God can make and unmake. Because of that I am appealing to all politicians to accept fate and believe in God. If you lose at the end of the day, he will give you something better.

For the electorate, they should consider electing people with integrity and not be emotional to get into the situation of maiming, injuring or killing others. Most of the people they are killing are either their friends, relations or friends of their families. Most of them are foot soldiers and at the end of the day whoever wins forgets them. The best they can hope for if their candidate wins are probably small contracts, and they are not for everybody.

ABU to begin production of farm implements with local content

So, why do we go to the extent of killing our brothers just because we want our candidates to win by any means? It is not worth it. I hope that leaders or those that are contesting elections will call their supporters and tell them that winning an election is not a win-or-die affair.

Therefore, they have no reason to die as anybody who dies the government has no use to him. If you die, nobody will remember you. What will happen is that after your family mourns you for a week they will forget you. So, why do you need to go and fight for a candidate up to the point of death? What will you derive? So, peace is what we need.

From your background as a military officer, what is your advice to the armed forces on the security challenges bedevelling the country?

First of all, security is everybody’s business and not that of the military alone. It is a collective responsibility to make sure we are secure. The constitution provides that the military will protect us, but they also need our support. The substantial success of the military is based on our ability, non-military people, to give them information on what is going on around us. When we are hiding insurgents in our houses because they are related to us, the military are not angels and can’t find people because of the job they do. I believe the Nigerian soldiers are one of the best trained in the world. They are very disciplined and patient. We have seen that sometimes they are undermanaged. In the past, we used to have what we call man management as soldiers and we were managed well to be able to produce maximum value for maximum effect. But if they are not managed well, don’t expect anything good out of them.

My plea is not starting from soldiers, because in the army, in my days, we used to say there are no bad soldiers but bad officers. If the officers are bad, then the soldiers will be bad. If the soldiers are good, it is a reflection of the quality of the officer corps.

So, I hope the officers will take care of their responsibilities seriously and look after the welfare of their soldiers. They must be properly kitted as we are sending them to war. From the beginning, we must look after ourselves well to make sure that those people we recruit into the army are those that are keen and interested to join the army; not because they are related to influential persons.

I was reading one of the papers recently, I hope it is not true, that members of the last intake of the police academy were related to either senators or members of the National Assembly. If that is the case, then we are in trouble. If every appointee in Nigeria must be related to somebody, then we are not taking people for their value, but because they need a job.

Let us face it, today in Nigeria, everybody needs a job and there are so many jobless people. Once you give that kind of job to anybody, they will follow you. So, I hope the services will maintain their integrity and make sure that they recruit those who are genuinely interested in soldering, whether in the officer corps or foot soldiers. If you recruit somebody just because they are related to a governor, president or lawmakers or pay somebody to be recruited, how do you expect him to be efficient? But why should I pay money to go and die? Anybody who signs up for the army should understand that he could die. Some of them borrow money to go and pay and be recruited. These are the kinds of things I am expecting people to talk about, and we must kill this once and for all if Nigeria is to progress.

What is your advice to the incoming government at the centre?

I plead with the leadership of the government to look at where we go wrong and astray. If you look at it, Nigeria, from independence, we have not been climbing up, but descending. The quality of leadership is getting worse daily. About 40 years ago when I was an officer, I was driving from Kontogora to Lagos with the roads not tarred for about six hours with a small car. Today, I can’t drive from Kontogora to Ilorin in six hours, what is wrong? Are we progressing? In the past, you could decide to leave Kano for Maiduguri by 6pm. My sons went to the University of Maiduguri and sometimes they left Kano by 6pm because there was guaranteed peace. Now, to go from Abuja to Kaduna, you will start thinking.

So, I hope the first major thing the next government will do is to improve security. It is the number one issue, because our farmers cannot go to the farm in some states. My fear is that next year, Nigeria could face starvation. This is because in areas that could be farmed, bandits have stopped farming. When people farm in lowland areas, they get flooded and farmers lose their crops. I don’t know whether the government will be able to import food, but it will be difficult.

The younger generation today do not want hard work but fast means to make it, what is your advice to them?

Getting rich fast does not pay, whether by corruption or stealing. Stealing is not when you do it at night, to rob people. Some steal in their offices. Those who steal with their pens are more dangerous than those who steal on the road. Unfortunately, when we talk about thieves we refer to those that waylay us on the road. There are bigger thieves in the office who sign, use our names and power given to them to steal, and you can’t believe the amount of stealing by a pen, which is worse than that with a gun.

I hope we forget this get-rich-quick mentality and work hard by being patient.

I think the younger generations have so much. We are not the poorest nation on earth. Probably, we lack discipline. Is it discipline from home, school or enforcement from society? We lack all and we don’t obey rules at all. In some countries in Africa, the easiest way to go to prison is to tamper with electrical appliances, but in Nigeria, the government spends so much on power subsidy for us. The cost of power is higher than that of Niger and they have 99 per cent of the collection, but we have less than 40 per cent collection, yet we complain. This is because we have a government that is always willing to subsidise our existence. We can’t live in the world of subsidy, the world has moved on and we are now turning to a pariah nation as in almost every country, Nigerians need a visa. It was not like this when I was growing up. I met someone that told me that in almost every prison in South East Asia there must be a Nigerian. That is why they are shutting us out. What went wrong, what did we do? Why are our people so much in a rush and spoiling our reputation? We used to have a very good reputation around the world before. Nigerians were very highly respected in the past, but not anymore. The moment you submit your passport to their immigration, they look at you with jaundiced eyes, they say this is one of the criminals. Why do we have to be subjected to this kind of life?

But it is good for us because it will be worse and we will be shut down in this country and nobody will be able to go out. If something like this happens, we will be able to grow internally because we have the means, ability and the young population. We have the market and can produce anything in Nigeria to sell.

So, if we are shut out of the world, we will improve our technology, commerce and agriculture and then we will learn to feed ourselves or starve.