Lose this, lose everything

Of all the acts of worship in Islam, prayer (salat) is the only form in which a believer communicates directly with Allah (SWT). We are… 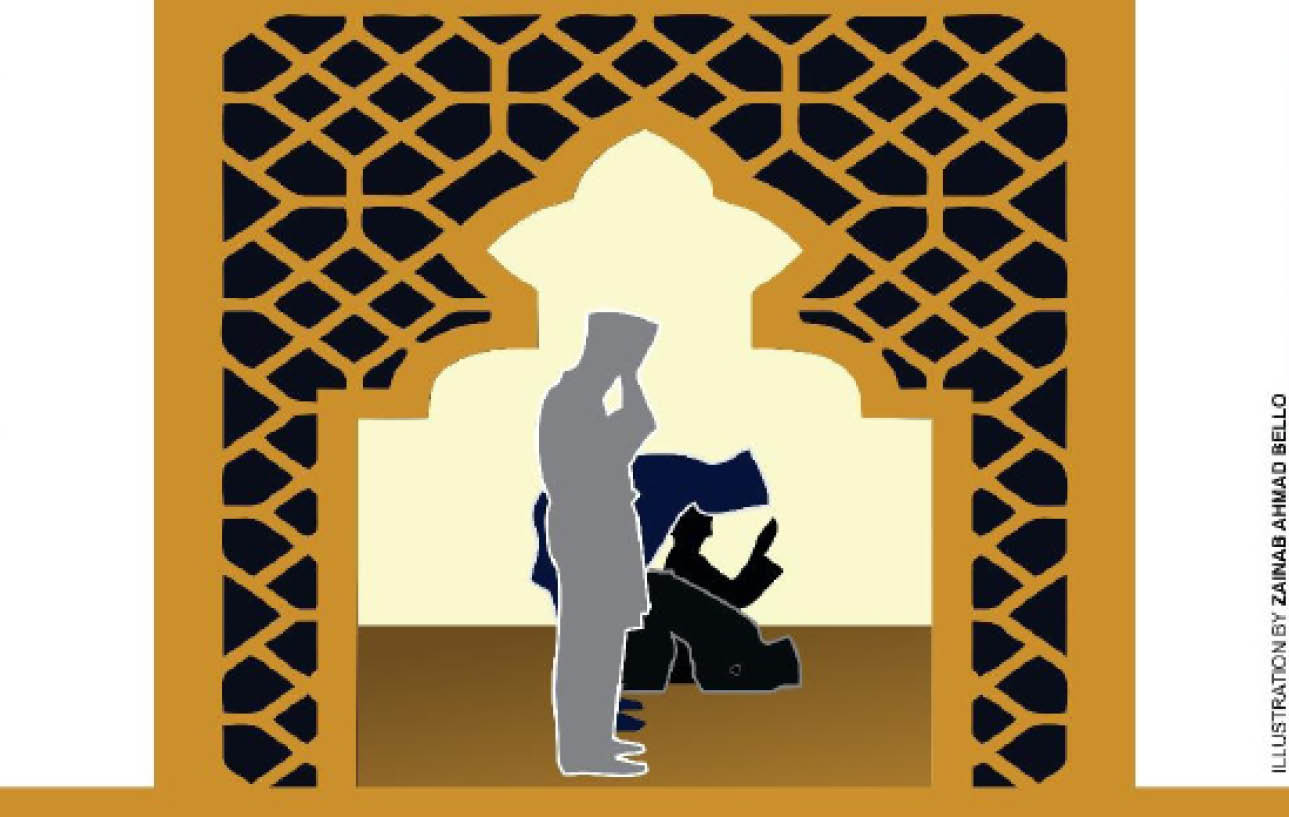 Lose this, lose everything

Of all the acts of worship in Islam, prayer (salat) is the only form in which a believer communicates directly with Allah (SWT). We are also told by the Prophet (SAW) that prayer would be the first deed by which a believer would be judged on the day of judgment. If found satisfactory, other deeds shall be considered acceptable. But if otherwise, other deeds would remain worthless. This is why the Prophet (SAW) referred to prayer as “the pillar of religion”. Similarly, prayer is the only practical and observable means by which a practicing Muslim is distinguished from a nominal one. All these add up to signify the unique position of prayer in the spiritual life of Muslims.

Having considered these virtues as true of prayer in Islam, the contemptible approach of some Muslims to the five daily prayers is thus unbecoming. The haste with which some Muslims take leave of the mosque immediately after a prayer is terminated is simply contemptuous of Allah’s presence, dignity and authority. One cannot understand that which drives such worshippers out of the mosque so much that they cannot spare few minutes to seek forgiveness of their sins from Allah (SWT) or pray for themselves. As soon as such Muslims end their prayers with a taslim (saying “Assalamu Alaykum”), up they jump and off they go. It is understandable when that is done to provide space for other worshippers to observe their prayers where the mosque cannot accommodate many worshippers at the same time.

Whenever we visit our traditional rulers and persons who command wealth or political power, we are always mindful of the way we conduct ourselves for as long as we remain within their palaces, offices or complexes. The way we walk, stand, sit and talk are all done with strict adherence to the rules of decorum without the slightest attempt to breach the conventional protocol of entering or coming out of the palaces, government houses or the presidential villa. One cannot even go to some of these places with certain personal belongings such as mobile handsets let alone use them. One is subjected to these codes of ethics as a form of respect for people who though are human beings like yourselves but enjoy this level of reverence. If, as a mark of recognition, we find it reasonable to respectfully and courteously enter into and leave the presence of fellow human beings who occupy privileged positions; what then makes us feel that leaving the presence of the Creator of the universe should not be without the highest awe and reverence?

Now, if we accept that it is improper to leave an emir or chief’s palace, a governor’s office or the presidential villa in a discourteous manner, what then makes us feel that it is normal to leave the mosque in the speedy and swift manner some of us do considering the fact that prayer is one singular instance during which a worshipper “speaks” with his creator? Would it then be right to leave our phones on especially while in congregational prayers? It is only righteous that we respect the sanctity of the mosque as a sacred place of worship. Allah (SWT) states in Qur’an 22:32 that, “Such (is his state): And whoever holds in honour the symbols of Allah, such (honour) should come truly from piety of heart”.

As we are always eager to leave Allah’s presence immediately after observing obligatory prayers, to what extent are we sure that those things we are anxious to run after outside of the mosque including power and wealth would come our way let alone become useful to us? Wealth or power without guidance is next to unrighteousness. Perhaps, the little time we are able to spare (after observing obligatory prayers), no matter how brief, in order to glorify Allah (SWT) could be (if Allah wills) a source of achieving better things that we never could have imagined.

One of the recommended (Mustahabbat) acts of prayer required of a worshipper, after every obligatory prayer, is to chant thirty-three times each of tasbih (saying of Subhana-llah), tahmid (saying of Alhamdu lillah), takbir (saying of Allahu Akbar), and to round up the counting to a hundred by reciting: “La ilaha illa-Ilahu Wahdahu La Sharika Lahu, Lahul Mulku Wa Lahul Hamdu Wa Huwa Ala Kulli Shay’in Qadir”. It does not matter whether fingers or counters or chaplets are used to recite these supplications.

Prophetic traditions also exhort Muslims to observe superogatory (nafilat) prayers after offering each of the five-daily obligatory (fard) prayers. Umm Habibah Ramlah, daughter of Abi Sufyan (RA), reports that she heard the Prophet (SAW) say, “No servant of Allah from among the believers offers (at least) twelve raka’ats as nafilat in a day but Allah (SWT) will build for him a house in the heaven”. It is the tradition of the Prophet (SAW) to always observe nafilat prayers before and/or after every obligatory prayer. Creating little time particularly after every obligatory prayer for nafilat prayers would be one courteous way of momentarily signing out from our spiritual communion with Allah (SWT)

These secondary acts of worship including supplications and nafilat prayers usually do not last more than five minutes; which if put together for the five times we observe prayers daily shall be less than thirty minutes. To dedicate half an hour from the twenty-four hours in a day to the service of Allah (SWT) who gave us eyes to see, nose to breath, ears to hear, mouth to eat and drink, legs to walk and hands to do a lot of things is not too demanding even for a person who hustle to survive. If getting prayers right leads to heaven which is everything, losing its essence would simply amount to losing everything. May Allah (SWT) guide us to approach prayers with the attention and seriousness it deserves, amin,