Los Angeles schools have been closed as an unspecified threat emailed to the school district is being investigated. The threat against the second largest school… 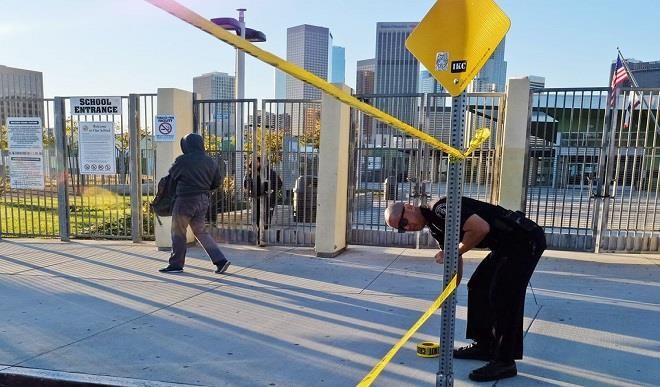 Los Angeles schools have been closed as an unspecified threat emailed to the school district is being investigated.
The threat against the second largest school system in the US led to 640,000 pupils being told to stay away, while school buses were returned to depots.
A school district spokesman said it involved rucksacks, and they were exercising “an abundance of caution”.
New York City officials said they received the same threat that closed LA schools but concluded it was a hoax.
The city’s police commissioner, William Bratton, said an emailed threat came from overseas, purporting to be from jihadists, but was not considered credible.
He said he thought Los Angeles officials overreacted.
The email is believed to have come from an IP address in Frankfurt, Germany, said district spokeswoman Shannon Haber.
The Los Angeles Unified School District has more than 1,000 schools, which were all being searched.
“Earlier this morning we did receive an electronic threat that mentions the safety of our schools,” said Steven Zipperman, chief of the Los Angeles school police department.
“We have chosen to close our schools today until we can be absolutely sure that our campuses are safe.”