Lona Media, a subsidiary of Lona Group, has disclosed that its iconic and gigantic out-of-home advertising superstructure located on Third Mainland bridge in Lagos will… 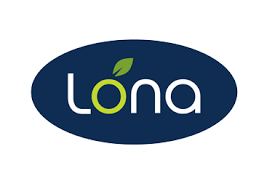 Lona Media, a subsidiary of Lona Group, has disclosed that its iconic and gigantic out-of-home advertising superstructure located on Third Mainland bridge in Lagos will be the largest billboard in the world when unveiled in October.

The billboard, known as Oneinfinity, measures 277.4m by 38m in size, which is an equivalent of about 12-storey building, thus creating 10,541.2 square meter of prime advertising real estate for top brands to leverage. Seventy percent of the billboard is erected on land while the remaining 30% sits on water.

According to Guinness World Records, the current largest outdoor advertising structure measures 6,260 m² (67,382 ft² 11 in²), and was achieved by Emirates Intellectual Property Association – EIPA (UAE), in Dubai, UAE, on 5 November 2018.

However, the Chief Executive Officer of Lona Group of companies, Idoko Kingsley Ilonah, who said Oneinfinity will become the official largest billboard in the world when activated in October, said the structure is strategically positioned on Third Mainland bridge which has the highest vehicular traffic in Africa to give premium values to advertisers.

Ilonah said the multibillion naira project which started in 2016 has created jobs for many Nigerians and will offer opportunities to indigenous companies to be on the world stage when activated.

“The project is in two phases and will cost more than N15bn. The first phase is the billboard which we are going to activate. However, the hectare project is sitting on 9.6 hectares of land which will be known as One centre,” he added.