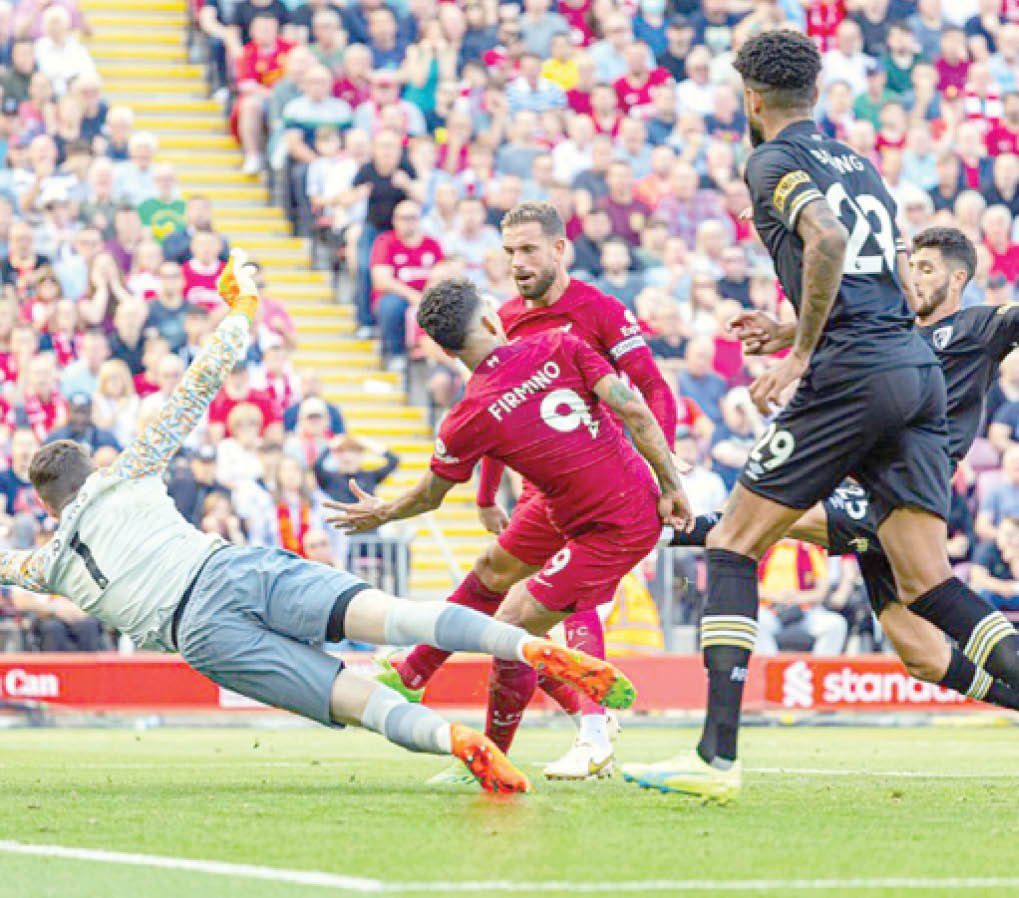 Brazil striker, Bobby Firmino scoring his 100th goal for Liverpool in the game against Bournemouth yesterday

Liverpool equalled the record for the biggest Premier League win yesterday by thrashing Bournemouth 9-0 at Anfield to register their first victory of the season at the fourth attempt.

Also, Manchester United ended a dismal sequence of seven straight Premier League away defeats as they secured a narrow win at Southampton thanks to a second-half strike from Bruno Fernandes.

Similarly, Brighton & Hove Albion kept up their impressive unbeaten start to the Premier League season on Saturday with a second-half goal from German midfielder Pascal Gross sealing a 1-0 victory over Leeds United at the Amex Stadium.

Raheem Sterling’s first two goals for Chelsea steered the 10-man Blues to a hard-fought 2-1 home win over Leicester City as Thomas Tuchel’s side overcame the early dismissal of Conor Gallagher.

Manchester City’s Erling Haaland struck a second half hat-trick as the Premier League champions came back from two goals down to beat Crystal Palace 4-2 at the Etihad Stadium.

Arsenal have made their title intention known as the Gunners came from behind to defeat Fulham 2-1 at the Emirate stadium to maintain their unbeaten start  They top the table with 12 points from 4 games.

Meanwhile, action continues today when Wolves play host to Newcastle United while West Ham will be guests to Aston Villa. The last match will be Tottenham against Nottingham Forest