Liberian President George Weah’s long absence from the country has raised eyebrows and prompted criticism, leading one opposition figure to ask if the West African… 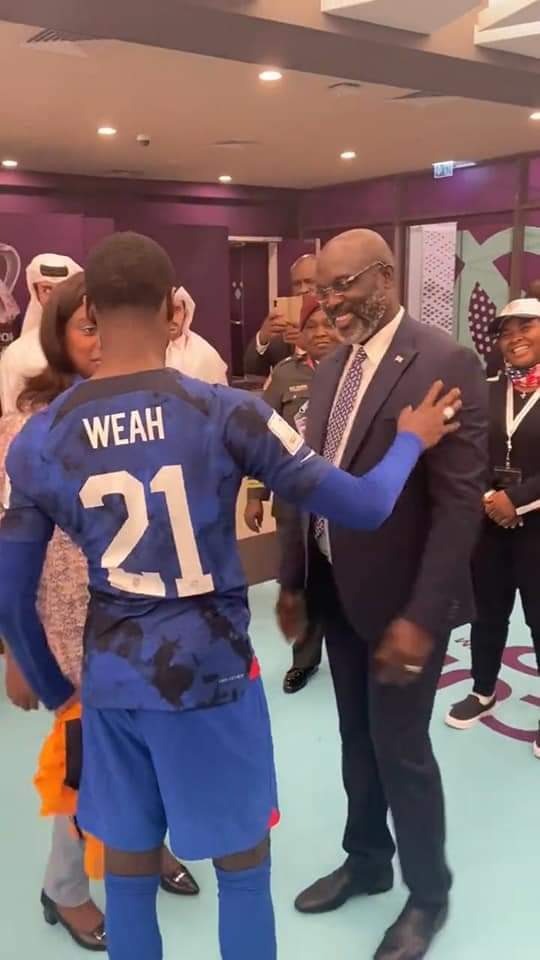 Liberian President George Weah’s long absence from the country has raised eyebrows and prompted criticism, leading one opposition figure to ask if the West African nation is running on “autopilot”.

Weah went abroad at the end of October for a string of political gatherings in numerous countries – and to watch his footballer son represent the United States at the World Cup in Qatar.

Since then, the president – himself a former football star – has not been seen in his homeland where people are battling soaring prices and shortages of essential goods.

Even those with an understanding of the demands of top-flight diplomacy, or the enduring love of the beautiful game, are beginning to wonder.

Weah has shared pictures and videos of himself with his son in Qatar on Twitter, speaking of being a “proud daddy” as the US national team qualified for the knockout stages.

But images of Weah enjoying himself in the stands in Qatar – where he is a “guest of honour” – while Liberians struggle have not gone down well with many compatriots venting their anger on social media.

“This one here has passed the limit now… who (has) he left us with?” 23-year-old Abraham Kaneh told AFP in the capital Monrovia.

Well-known media personality Henry Costa joked online that the president would extend his absence to January if his son Timothy scored against England last month.

‘Abandoning the entire country’
New York-born Timothy Weah is one of many people to hold US and Liberian nationality, with the countries maintaining close ties dating back to Americans’ role in the creation of the West African state in the 19th century.

Plenty of football-loving Liberians follow the younger Weah’s performances for his French club Lille, but for opposition politician Lewis Browne that does not justify the president’s globe-trotting activities.

“Weah continues to insult the intelligence of Liberians and exhibit a high degree of don’t-care attitude by abandoning the entire country and citizens to witness soccer matches,” he said.

The opposition has also condemned what it sees as the president’s gallivanting between Qatar and international summits in Morocco, Egypt, France, Monaco and the United States, with former vice president Joseph Boakai saying Liberia was “on autopilot”.

“We continue to witness other acts of poor leadership, irresponsible behaviour, lack of concern, impunity, and wanton misuse of our finances,” the Unity Party heavyweight added, suggesting others could have represented the country in Weah’s place.

A ‘necessary’ absence
Other Liberians defended Weah, who acquired iconic status after becoming the first and only African to win football’s most prestigious individual award, the Ballon d’Or, in 1995.

“I support the president. The man wants to see his son playing, what’s wrong with that?” Alex Bono, 31, told AFP.

Entrepreneur Antoinette Anderson praised Weah for “trying to render services to the Liberian people” and “gather funds out there to make Liberia a better place to live”.

“I don’t have problems with the events he went on. The fact he went there on behalf of the country, I think it’s necessary,” added Tarlue Zeyon in Monrovia.

Weah last month extended his stint abroad, the longest since he became president, by another 25 days and is due back in Liberia on December 18.

His government is also facing criticism over handling a census that must occur before elections in 2023.

Weah, who came to power in 2017 on a pledge to fight poverty and corruption, has been chosen by his party to seek re-election, but critics say he has failed to honour his commitments.