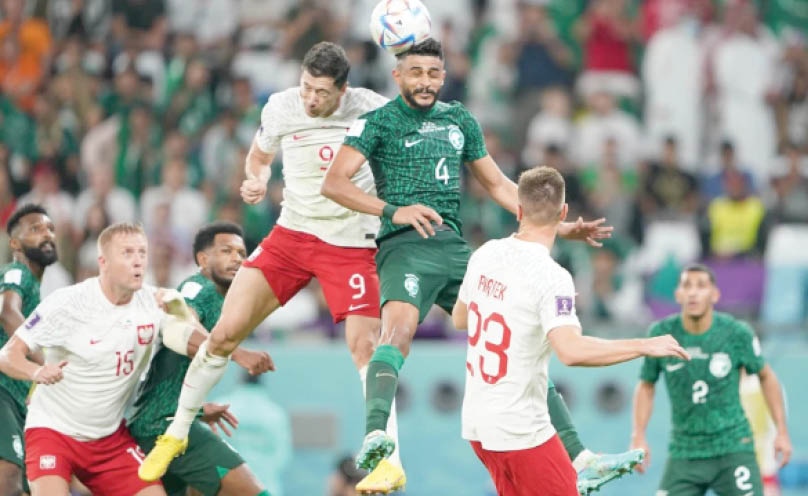 Lewandowski, who missed a penalty in Tuesday’s goalless draw with Mexico, was visibly emotional after ending a run of four World Cup games without finding the net.

Piotr Zielinski had given Poland a first-half lead from Lewandowski’s cutback, but Saudi Arabia were awarded a penalty five minutes later for Krystian Bielik’s foul on Saleh Al Shehri.

Lewandowski’s late strike ended Saudi Arabia’s hopes of building on Tuesday’s remarkable victory over Argentina and boosts Poland’s chances of reaching the last 16 for the first time since 1986, when they were beaten 4-0 by Brazil in the first knockout round.

Czeslaw Michniewicz’s team need just one point against Argentina on Wednesday to qualify from Group C, while Saudi Arabia face Mexico for a place in the last 16.

Meanwhile, France are the first team to reach the knockout stages of the 2022 World Cup after defeating Denmark 2-1.

Kylian Mbappe who is France’s joint seventh top scorer ever, alongside Zinedine Zidane on 31 goals scored a brace while Andreas Christensen scored for Denmark.

However, Denmark have to beat second-placed Australia in their final group game on Wednesday to go through if Tunisia shocks France. In another game, Australia clinched a 1-0 victory over Tunisia to keep their hopes of reaching the World Cup knockout phase alive.

The Socceroos, who would have gone out with a second successive defeat, scored the only goal through Mitchell Duke’s 23rd-minute header to move second in Group D behind France.