Lewandowski looking for ‘more emotions’ than Bayern can offer 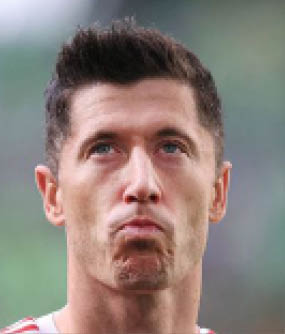 Bayern Munich star Robert Lewandowski revealed Tuesday he wants to call time on his career with the Bundesliga giants because of his desire for “more emotions in life”.

The Polish forward announced last week that his time with Bayern “had come to an end” without specifying his future plans.

Asked Monday during a podcast on Polish website Onet.pl if his departure was dictated by a desire for more money or emotions in life, the 33-year-old answered without hesitation it was for him “emotions in life”.