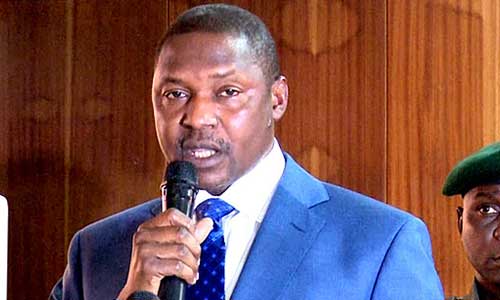 The legal battle between the regulatory authorities and legal practitioners over a directive mandating lawyers to register with the Special Control Unit against Money Laundering (SCUML) pursuant to the Money Laundering (Prohibition) Act 2011 (MLPA) and the Terrorism (Prevention) Act 2011, has moved to the Supreme Court.

Following the enactment of the Money Laundering Act (MLA), the Central Bank of Nigeria (CBN) sought to implement the MLA by classifying legal practitioners as designated non-financial institutions (DNFIs).

It directs financial institutions, including banks, to “obtain evidence of registration” of DFNIs with SCUML “prior to establishing business relationships” with such DFNIs.

In compliance, banks started demanding such certificates from legal practitioners prior to doing business with them, leading the NBA to file the suit.

As at the time of filing this report, the NBA has filed for an injunction pending the hearing of the appeal at the apex court, for status to be maintained until the final decision on the matter by the apex court. So, that lawyers will be able to open bank accounts.

Justice Gabriel Kolawole of the Federal High Court, Abuja, on December 17, 2014, restrained the federal government, CBN and SCUML from enforcing the provisions of the MLA (Prohibition) Act 2011 against legal practitioners.

The court gave an order of perpetual injunction restraining the FG, CBN and SCUML from seeking to enforce Section 5 of the MLA against legal practitioners.

In an originating summons dated March 15, 2013, NBA asked the court to declare that the provisions of Section 5 MLA, insofar as they purport to apply to legal practitioners, are invalid, null and void.

The defendants in the suit were the Attorney General of the Federation (AGF) and the Central Bank of Nigeria (CBN). They were represented by Mr M. B. Wali for the first defendant while Chief Charles Uwensuyi-Edosomwan (SAN) was lead counsel for the second defendant.

They also sought an order of perpetual injunction restraining the federal government, acting through SCUML, the National Financial Intelligence Unit (NFIU), the Economic and Financial Crimes Commission (EFCC) or otherwise howsoever from seeking to enforce the provisions of Section 5 MLA in relation to legal practitioners.

The plaintiffs had raised three issues for determination by the court. They prayed the court to determine whether Section 5 of the MLA is unconstitutional, whether SCUML is the body authorised to regulate the conduct of legal practitioners and whether it is a juristic body, and whether in view of the Legal Practitioners Act (LPA), Evidence Act and the 1999 Constitution (as amended), the legal profession is not already well regulated.

Unhappy with the judgement of the Federal High Court, the defendants went to the Court of Appeal, which in a unanimous decision of June 14, 2017, dismissed their appeal in its entirety as lacking in merit.

In the leading judgment, Justice Abdu Aboki held that “SCUML cannot override or take precedence over the statutory and constitutional bodies, including the Supreme Court of Nigeria, charged with the responsibility of regulating the legal profession as well as the disciplining of erring lawyers.”

“The Legal Practitioners Act remains the law that regulates the practise of law and the Rules of Professional Conduct for legal practitioners unless and until it is amended or repealed.”

The justice also said, “I am of the firm view that the trial court was right in its decision and this court will not interfere with it.

“The appeal of the appellant (NBA) is lacking in merit and it is hereby dismissed in its entirety. The judgment of the Federal High Court delivered by Justice G. O. Kolawole on 17th December 2014 is hereby affirmed”.

In an 18-paragraph affidavit deposed to by Osita Okoro, NBA Executive Director, the plaintiffs had stated that the action was brought on behalf of members of the legal profession in Nigeria to challenge Nigeria’s anti-money laundering regime as set out under the MLA, and following complaints from legal practitioners all over the country regarding, among others, potential encroachment on the principle of lawyer/client privilege through the implementation of the anti-money laundering regime by the SCUML.

The first defendant (the Attorney General of the Federation), through its lawyer – Mr M. B. Wali – had submitted that the objective of the MLA and the SCUML was not to monitor legal practitioners but to monitor their clients who may have the potential to commit heinous crimes.

Wali stated that the MLA 2011, “is a valid and deliberate exercise of legislative power to enact a law in derogation of the rights conferred by Section 37 of the Constitution for the purposes of preventing the financing of terrorism and other criminal activities inimical to public health and safety.”