Lawyer: Why I asked God to disgrace Magu out of office

Monday Ubani, a principal partner of Ubani & Co, a law firm, says he once called on God to disgrace former acting Chairman of the… 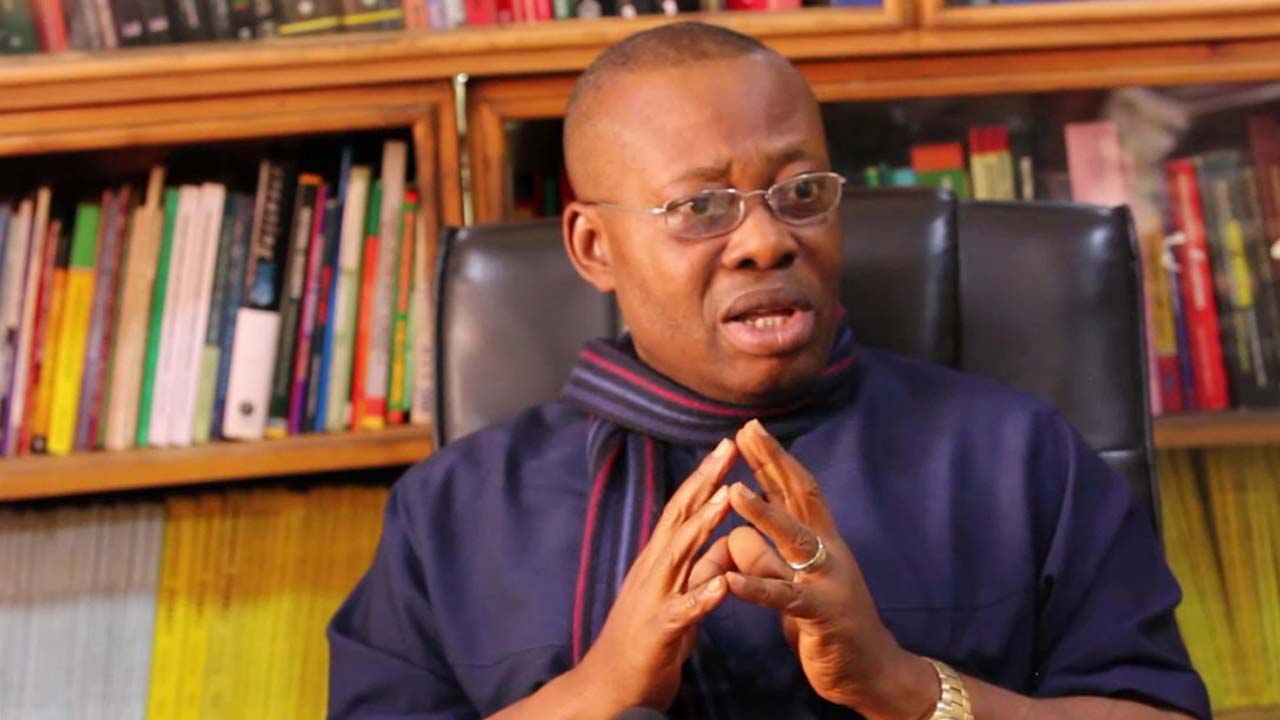 Monday Ubani, a principal partner of Ubani & Co, a law firm, says he once called on God to disgrace former acting Chairman of the Economic and Financial Crimes Commission (EFCC), Ibrahim Magu, out of office.

Magu was arrested in July and detained at the Force Criminal Investigation Department in Abuja for 10 days before President Muhammadu Buhari suspended him.

His arrest followed his refusal to honour invitations of a panel the president set up to probe the EFCC under his watch.

The panel headed by Ayo Salami, a former president of the Court of Appeal, had indicted Magu of corruption and recommended his sack.

In a statement, Ubani said he was illegally detained for 23 days on the orders of Magu.

He said his travails started after he accepted to be the counsel of Ngozi Olejeme, a former chairman of the Nigeria Social Insurance Trust Fund (NSITF), who was accused of criminal conspiracy, abuse of oﬃce, diversion of public funds and money laundering to the tune of N69 billion.

“About four years ago or thereabout a woman by name Dr Mrs Ngozi Olejeme sought my legal representation over an allegation that she converted about N69 billion of Nigerian Social Insurance Trust Fund (NSITF) to herself while she held sway as the chairman during the tenure of former President Goodluck Jonathan.

“She was declared wanted by EFCC after she refused to honour their invitation because she was abroad and according to her, was undergoing critical medical treatment over her ill health.

“I inquired from her if she committed the crime as alleged and she denied the veracity. Secondly, she opined that her medical condition made it impossible for her to honour their previous invitations, however she was prepared to honour them if she can be guaranteed fair trial without illegal detention.

“I demanded her medical reports which she graciously provided, and straight away I sent a letter to the then EFCC acting chairman, Ibrahim Magu attaching the medical papers and informing him that I have advised my client to come down to respond to the allegations against her. My client naturally was afraid having been abreast of the antecedent of EFCC under Magu but I assured her that she will get a fair trial as we were not under a Banana Republic.

“On the date we agreed, she returned from abroad and on the following Monday morning I took her to the office of EFCC in Abuja. They were shocked to see her because several persons like former Attorney General, Mohammed Adoke SAN and former Petroleum Minister, Mrs. Deziani Allison Madueke whom EFCC had declared wanted did not respond to them let alone coming down to face their trial.

Detained in the hospital

“Her interrogation on the first day lasted about eight hours after which they told me politely that they will not allow her to go home that day, but because of my personality and previous explanation about her health condition, she will be taken to a hospital of her choice and be under their watch so that her subsequent interviews will proceed without unnecessary interjections. My team of lawyers and I raised objection because the bail conditions they gave her were complied with but the Head of the Investigating Unit, overruled and insisted on his position. We obliged, and got a good hospital in Abuja for her under the watch of about two security personnel of the Agency.

“Her detention that we all thought will be short later entered the ninth day. I convinced my client that we should sue for the enforcement of her fundamental human rights as her long detention was contrary to the provisions of the constitution as regards investigation and detention. She agreed and we filed the court process and served EFCC. In response, they attached a court order ganting EFCC power to detain her for 14 days. It was shocking for me as we were not aware of this secret court order that was never served.

“On the date slated for the hearing of the application, the court did not sit but the EFCC prosecuting counsel wrote and convinced the then Acting Chairman to release the woman on administrative bail.”

Ubani said his client was subjected to media trial, saying at some point she had to flee the country because she was afraid of being killed.

‘Why my client fled abroad’

“From December to April the following year, the EFCC that published to the whole world how Olejeme stole N69 billion remained static and was not able and keen to prefer any charge against her. However, something strange happened one morning in April 2018. EFCC operatives numbering over 18 from Enugu invaded the home of Mrs Olejeme over a matter that was purely civil and stayed in the woman’s house searching her for over 10 hours. They blocked every entrance and exit on the street. Having failed to convince her to follow them to Enugu, they left her for another assignment according to them. My client fearing for her life escaped from her home and was not heard or seen until this Thursday April 15, 2021 when I heard that SHE IS BACK TO NIGERIA AND HAS REPORTED BACK TO EFCC, possibly to face her trial.

“When she escaped and went back abroad due to the treatment she got from EFCC, I was called upon by the same EFCC to produce her. I felt that it was very wicked of the Agency to drive the woman back abroad and still have the audacity to request that I produce her. I felt outraged but as patriot I went after the woman through INTERPOL and finally got her placed on RED ALERT by Interpol headquarters in France. That piece of good news got Magu infuriated as he needed unwarranted evidence to embarrass himself and not me. In his clueless fury, he ordered my arrest and detention.

“If an accused person jumps bail, the surety certainly has not committed any offence under our law. It is a civil matter which is to the effect that the surety forfeits the bail bond. It is only when the surety is unable to pay the stated sum in the bail bond that he or she will be sentenced to a term of imprisonment. Ibrahim Magu’s EFCC read their own law upside down and criminalised a purely civil matter. I even over heard that they said I breached the Rules of Professional Conduct of NBA. When did EFCC start to enforce Rules of Professional Conduct for NBA?

“The truth of the matter is that I did not breach any rule of professional conduct of NBA in the first instance, as the said Rule is only applicable to a lawyer who is defending an accused in court and stands surety for the same client in the court. The matter at hand then was not yet before any court; it was an administrative bail by the Agency pending formal charge before any court. That was how EFCC under Magu operated; lawless, clueless and brash!

“I immediately instructed my lawyers to enforce my fundamental human rights before the court and quickly process was filed and served. The court ordered my release or a formal charge if I have committed any offence. Ibrahim Magu disobeyed the court order and kept me in detention for 23 days contrary to the order of the court. My lawyers commenced contempt proceedings and with avalanche of criticisms from all quarters including the harshest from NBA, CLASFON, OTU OKA IWU(Lawyers), Femi Falana SAN, Chief Mike Ozekhome SAN and several NGOs and well meaning Nigerians, Ibrahim Magu was dazzed as he ordered my release by 11:00PM. I refused his release by that ungodly hour and remained in detention till the following morning to be sure of my safety.

A dangerous prayer against Magu

“I prayed two “dangerous” prayers while in and out of detention. Yes you heard me right. One, is that as long as Ibrahim Magu has refused to see the wrong he has committed against me and several others and has not apologised including making peace, that God should disgrace him out of office.

“Those who are close to me and those inmates with me at the EFCC facility in Abuja remembered this prayer point when it was answered. I am not rejoicing at Magu’s fall but how I wish that men in power both in Nigeria and elsewhere will know and understand that POWER IS TRANSIENT AND EHPEMERAL.
In his glory, Ibrahim Magu felt he has become “God”. God will never share his glory with anyone. His rise and fall is a story for another day.”

Ubani said he has withdrawn his suretyship of the woman from EFCC, explaining that he dropped a letter to that effect on the 16th of April, 2021.