Lawan consoles ‘self’, other senators defeated in primaries

Senate President Ahmad Lawan has consoled his colleagues who failed to secure tickets of their political parties to contest the 2023 general elections.  Lawan stated… 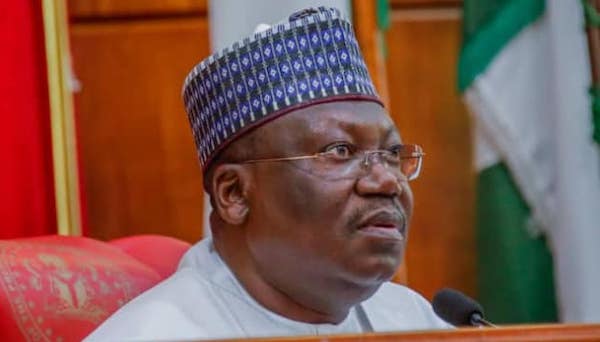 Tue, 14 Jun 2022 15:01:55 WAT
Senate President Ahmad Lawan has consoled his colleagues who failed to secure tickets of their political parties to contest the 2023 general elections.
Lawan stated this at the resumption of Senate plenary on Tuesday in a remark to welcome the lawmakers from break.
The red chamber suspended plenary on Wednesday, May 11, 2022, to enable lawmakers participate in the primaries of political parties.
Lawan, who contested for APC presidential ticket, and over 20 other lawmakers were defeated at the primaries conducted across the country between May and June.
The Senate President urged the senators who lost out in the primaries not to lose hope but to remain committed to the political system of their respective parties not minding the outcome of the just concluded primaries.
Lawan said there was the need for the Senate to prioritise the nation’s security challenges, as well as undertake further amendment of the Electoral Act.
He said the electoral process in the just concluded primaries had thrown up issues that must be critically looked into by the National Assembly.
Speaking on the outcome of the party primaries, he said, “Some of us participated in the congresses for their Senatorial Districts, some of our colleagues went for governorship of their states, and four of us went for the presidency of our great country.
“We have recorded different results from those activities, but as politicians, it is never over until It is over.
“We should continue to support the political system that we believe in. Those of our colleagues who have recorded successes, we wish them more successes in the general elections.
“[And] those of who have not succeeded as much, we are hopeful that between now and then, the situation may be better.
“But on the whole, our commitment to ensuring that this democracy benefits from legislative interventions of the National Assembly should remain our focus.
“As a Parliament, we still have issues that require our legislative intervention.
“The security of our country, still needs our attention and, therefore, I urge all of us to continue from where we stopped before we went on recess, in giving due and desired attention for the improvement In the security of our citizens.
“The electoral process may have thrown up certain issues that the National Assembly could also look at and address, because they electoral act itself, even though a good document, is not a perfects document.
“So, it needs some refinement from time to time to improve our electoral process.”