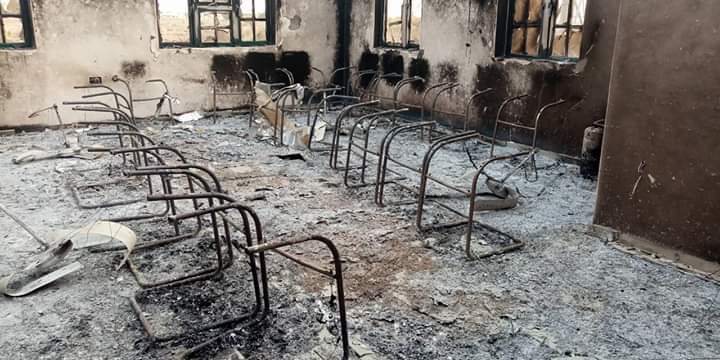 Some sections of the faulty of education and male hostel of Kebbi State University of Science and Technology gutted by fire.

A late night fire has destroyed the whole block of the faulty of education and a section of the male hostel of Kebbi State University of Science and Technology, Aliero.

The fire incident, it was learnt, was caused by electrical surge in a section of the school’s faculty of education.

It however destroyed the entire faculty of education and male hostel of the institution before it was put off.

A top official of the University, who spoke to our correspondent and craved anonymity, said the institution has set up a committee to investigate the cause of the fire incident.

He said it was regrettable that this was the second time that such fire incident was happening in the institution.

“And had to destroy the school’s structure and equipment because there were no standby fire-fighters in the school premises”, he said.

When Governor Abubakar Atiku Bagudu visited the school on Monday to assess the level of damage caused by the fire, he promised that the damaged structures would be renovated.