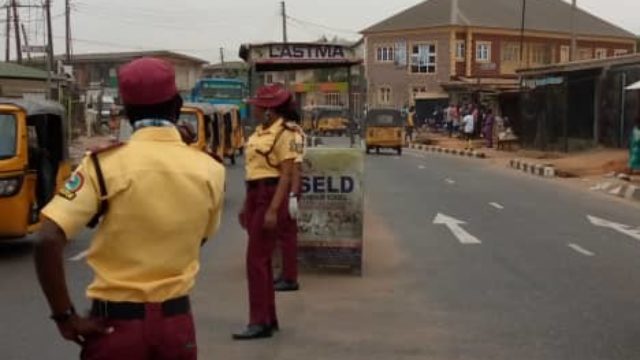 Operatives of the Lagos State Traffic Management Authority (LASTMA) on Thursday discovered a pump action rifle inside an unregistered Honda car that was impounded for driving against traffic at the Sango-Tedo area.

The General Manager (GM) of LASTMA, Bolaji Oreagba, explained that after discovering the gun, policemen were alerted and, “In no time that the driver noticed that the gun had been sighted, took to his heels and escaped.

“The car and the gun have been handed over to the Divisional Police Officer (DPO) of Ilasan Division.”