Visionscape on Tuesday filed its statement of defence and counter-claim to the suit filed by some aggrieved ex-employees of the company in Lagos. The group… 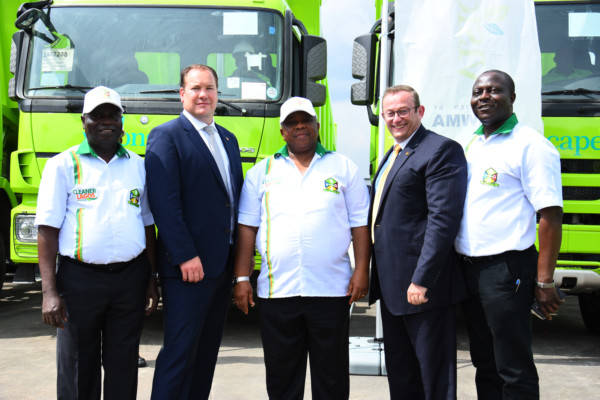 Visionscape on Tuesday filed its statement of defence and counter-claim to the suit filed by some aggrieved ex-employees of the company in Lagos.

The group denied all allegations of unlawful termination of employment without payment of their entitlements and prayed the Court to dismiss the said suit, which according to it is entirely unmeritorious, vexatious and frivolous without any basis or foundation whatsoever.

Some street sweepers had taken the environmental utility group to court after a protest over alleged unlawful termination of appointment.

In addition, Visionscape has filed a counter-claim for defamation.

In a statement today, the environmental utility group managing Lagos waste said in the course of the protest and public interviews, the Defendants to the counter-claim made various defamatory statements calculated to disparage the counter-claimant in the estimation of right thinking members of the society.

These defamatory statements made by the Defendants to counter-claim are to their knowledge untrue, derogatory and totally unnecessary.

It explained that the said ex-employees were hired for a fixed term of one year only, to supervise the street sweepers within their areas of designation.

However, sometime in March 2018, the scope of Visionscape’s business activities were reviewed, it said.

“As such, street sweeping operations were removed from scope of work of Visionscape and same was transferred to the Lagos State Government”, the statement explained.

“At no time were they assaulted in any manner whatsoever by any Visionscape staff, nor were their human rights violated”.

Visionscape legal representative, Azuka Offiah, said: “We take defamation very seriously and we have filed an order directing these individuals to pay damages for the vexatious and malicious statements aired on national and international television stations.

“Furthermore, our order instructs these individuals to cease and desist from making further slanderous and false allegations through the media and in any other manner howsoever against Visionscape.”