The multi-trillion naira property market in Lagos is hugely profitable both at the upscale and downscale niches. It is one of the most lucrative investments… 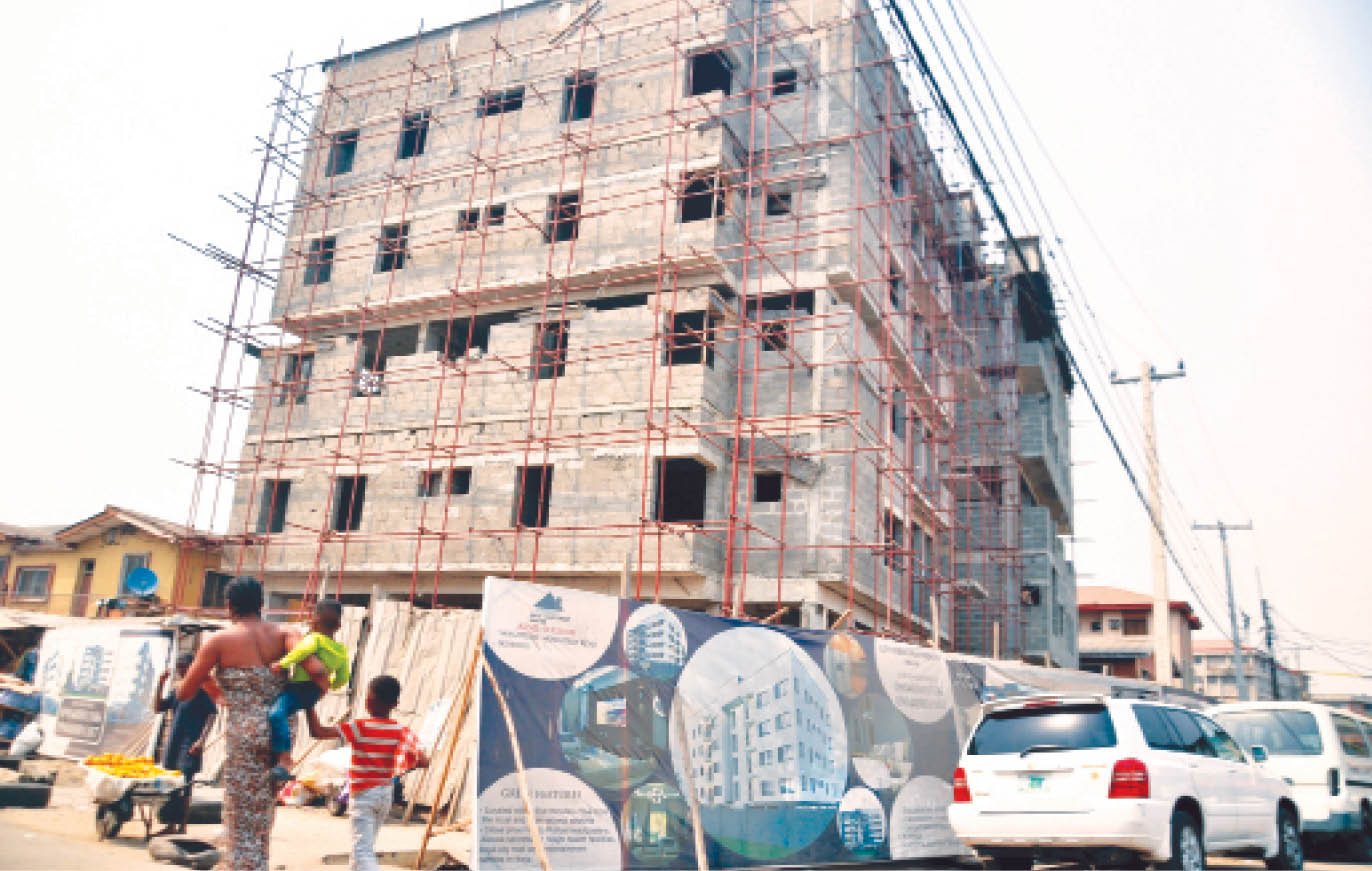 A building under construction at Adesina Street, off Awolowo Way, Ikeja, Lagos

The multi-trillion naira property market in Lagos is hugely profitable both at the upscale and downscale niches. It is one of the most lucrative investments in the state.

Many scramble to invest in the market owing to its profitability and huge potential for massive Return on Investment (RoI). Also, the potential for growth is huge and promising.

Despite challenging macroeconomic environment, especially rising inflation which has shot up the cost of housing, it has been projected that the economy would grow by over 2.5 per cent which would further translate into growth of property investment.

The 2022 Outlook for Real Estate Market recently released by Northcourt posited that the Nigerian  economy will grow by 2.7 per cent in 2022 based on projections by the International Monetary Fund (IMF).

“Analysts estimate that at the end of 2021, the global value of real estate investable stock was over $34 trillion, and expected this to grow to $85.1 trillion over the next 20 years. Core cities are set to grow and will remain dominant features of the investment landscape, most notably Lagos, where growth is expected in most submarkets except for Grade A office which will continue to correct,” the report said.

In terms of value, Lagos remains the haven for real estate investment despite not being the capital of the country. It is, however, the commercial nerve centre of Nigeria.

Experts say the state is naturally positioned to have the most valuable and profitable real estate market going by the rising population.

Unofficial data suggests the state has a population of over 22m people and the number keeps rising as more and more people migrate to Lagos every hour. The growing middle-class segment is also an added incentive.

So for the upscale and downscale real estate market segments in Lagos, the potential for quick return on investment is said to be incredibly high.

Speaking with Daily Trust on why people would prefer to invest in Lagos real estate market, a realtor, Mr. Tunde Balogun, said the demand for home ownership in Lagos is very high with high yields on rent which would naturally attract local and foreign investors.

Balogun, who is the Chief Executive Officer of Rent Small Small, a leading tech-driven property company, said the attraction would continue to grow both in the upscale segment in Ikoyi, Lekki, Victoria Island, as well as the low-end niche in Lagos Mainland.

He added: “With the rising double inflation rates in Nigeria, real estate investments are considered as inflation hedge investments. The sector is not exempt from the impact of COVID-19, rising cost of living and Nigeria’s numerous fiscal and economic challenges, all of which impact the prices of property from development to management up to sale/rental.

“However, with its teeming population, increasing urbanisation and the government’s drive to make Lagos a mega city, the state continues to attract investors who are keen to get value for their money, compared to other states in the country.

“The demand for home ownership in Lagos is high and there is a high rental yield on properties owing to high rental demands too; which will continue to be a focal point of attraction for investors looking to bridge the supply-demand gap in the state and be guaranteed of returns.”

He also noted that there is a growing demand for property in the upscale market segments in Ikoyi, Victoria Island, among others.

Balogun added, “It is known that the luxury real estate market is seen more in the upscale markets of Ikoyi, VI and Lekki Phase 1. There is a growing demand and preference for properties in these areas due to the economic opportunities, high-life status, and beauty they offer to people.

“This results in more property developments in these areas, which means they get sold out faster due to the demand. There will continue to be an increasing need for properties in these locations as more businesses open up in Lagos with offices on the island, and employees desirous of maintaining a close proximity to their workplace seek residential apartments there too.”

According to him, the mainland too also has a future because even the old property in the segment can be remodelled in the future to provide a bespoke accommodation that is commensurate with what is obtainable in the Lagos Island axis.

He further said: We cannot ignore the fact that there are areas on the mainland that match the island at the same scale and buyers who are interested in these upscale parts of the Mainland, such as Ikeja GRA, Ogudu GRA, Maryland, Gbagada, etc, but in the long run, Mainland has brighter future because there are a lot of old buildings that can easily be brought down to accommodate new ones.”

Sheriff Alaraba, a real estate consultant in an article published on  his LinkedIn page, said profitability is a major factor for many avid investors in real estate today.

He said, “A major driver for profitability in real estate investment is a good location along with the activities and developments that are going on there. Taking Nigeria as a case study, you will agree with me that Lagos remains the biggest commercial hub and the state with the highest Internally Generated Revenue (IGR).”

Analysts insist the state will continue to be a major investment destination amidst the rising housing deficit in the state and the increasing population. So whether in the upscale segment or the Mainland, property developers would continue to smile to the banks, marvel at the extent of return on investment despite the rising costs of building materials.