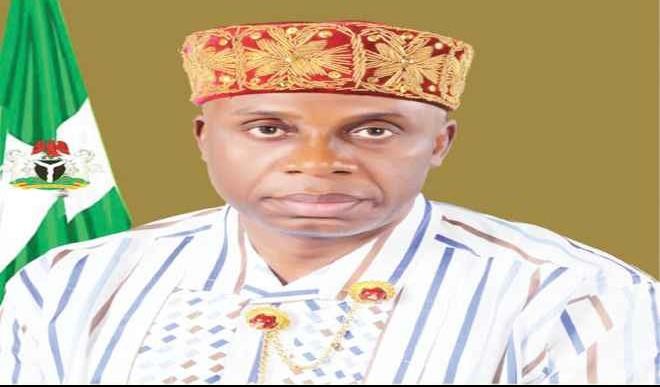 There was a mild drama on Thursday during the inspection of the Lagos-Ibadan standard gauge project when one of the supervisors on site who said he was a civil engineer could not explain the ongoing construction work.

The drama happened at one of the project sites at Omi Adio, an outskirt of Ibadan, Oyo state, when the Minister of Transportation, Mr. Rotimi Amaechi alongside officials of the Ministry and Nigeria Railway Corporation (NRC) led by the Managing Director, Engr. Fidet Okhiria inspected the project.

The 154-kilometer project from Lagos to Ibadan with extension to Apapa awarded at a cost of $1.5bn to the China Civil Engineering and Construction Company (CCECC) is the phase one of the Lagos-Kano standard gauge project.

It would be recalled that during one of the site visits, the Minister had challenged the contractor to employ Nigerian engineers to supervise the project after he discovered that only foremen were employed on site.

But Amaechi while inspecting the project at Omi Adio site where construction of beams was ongoing, demanded the list of indigenous engineers from the CCECC officials.

But drama ensued when a young man on site introduced himself as one of the engineers supervising the project.

The Minister asked him if he was a qualified engineer to which he answered in affirmative. He said he was a Graduate of Civil Engineering at Federal University of Technology, Abeokuta.

Not convinced, the Minister invited the Director of Rail Transport in the Ministry, Alhaji Baba Kobi to interrogate him. To the consternation of the Minister and other officials in his entourage, he could not explain the ongoing beam construction.

The Minister also threatened to get him arrested for lying against his country by saying he is a qualified engineer when truly he is not.

However, Amaechi instructed the contractor to have at least six Nigerian engineers on each of the sites which must be presented to him during the next inspection.

He said the construction of the beams is a critical component of the project which must be under-studied by Nigerian engineers.

“We want to be able to understudy how to construct these beams so that we can do it by ourselves”, said Amaechi, urging the contractors to employ more hands in order to meet up with the December deadline for the completion of the project.

Briefing newsmen earlier, Amaechi explained that the contractor is on target to deliver the project on schedule.

He also said the contractor and the project consultant had been given two weeks to complete the design of the main stations along the rail line, adding, “Some of the stations won’t take more than one month to complete especially now that the rain is over. So we are still on target.”

Daily Trust had spoken with representatives of the Nigerian Society of Engineers (NSE) in Lagos, Ogun and Oyo who said none of their members is involved in the project, saying the development negates the local content policy of the Federal Government.