To support the efforts of the Lagos State Government to provide relief for the poor and the vulnerable due to the COVID-19-induced lockdown, Vava Furniture… 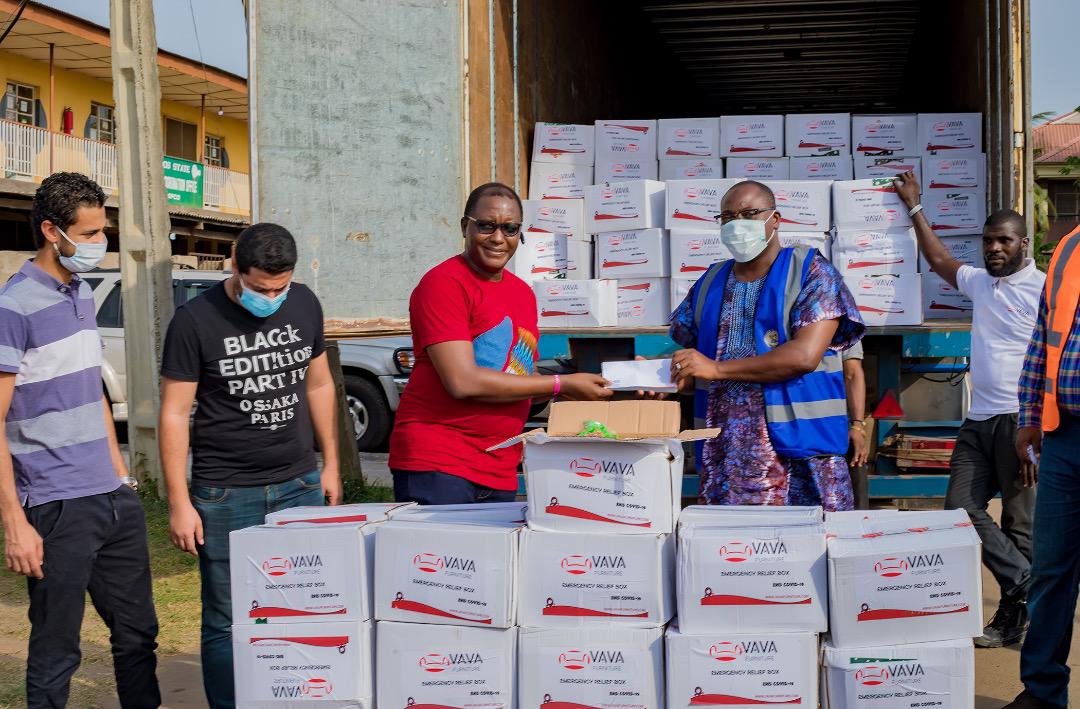 To support the efforts of the Lagos State Government to provide relief for the poor and the vulnerable due to the COVID-19-induced lockdown, Vava Furniture yesterday donated 1,000 boxes of assorted food items to the state.

The donation, according to the company, was part of its corporate social responsibility (CSR) project and the realization that government alone cannot shoulder the responsibility of cushioning the effects of the lockdown on the masses.

The food items, which include Macaroni, Semo, among others were handed to the officials of the state government at the Ministry of Agriculture Warehouse.

The items were recieved by the Commissioner for Agriculture, Mr. Gbolahan Lawal and other officials of the state government.

The Company Secretary of Vava, Mr. Simon James said the donation was the initiative of the founder of the company, Ambassador Michael Tawadrous.

Speaking about the donation, the founder and Chief Executive Officer, Vava Funiture, Ambassador Michael Tawadrous, said: “The Board of our company has approved the donation of 1,000 packs of assorted food items in support of the State Government’s effort in combating the dreaded COVID-19 pandemic and the attendant socio-economic effect.

“We are happy and impressed with the excellent performance of the Governor of Lagos State, Babajide Sanwo-Olu and his team since the outbreak of this pandemic. The efforts of the government have assured us that the war against the pandemic shall be fruitful in no distant future.

“We believe that the private sector is an integral part of this war, and we hope our little donation will assist the government in cushioning the harsh economic challenges faced by the populace as a fallout of the pandemic.

Receiving the donation, Mr. Lawal, acknowledged the kind gesture of Vava Furniture and the company’s founder.

He assured that the Lagos State Government will make judicious use of the items.

He also expressed his hope that soon the war against COVID-19 shall be over.