Labour urged to back FG deregulation for sake of Nigerians

Removing fuel subsidy in the interest of Nigerians, says group 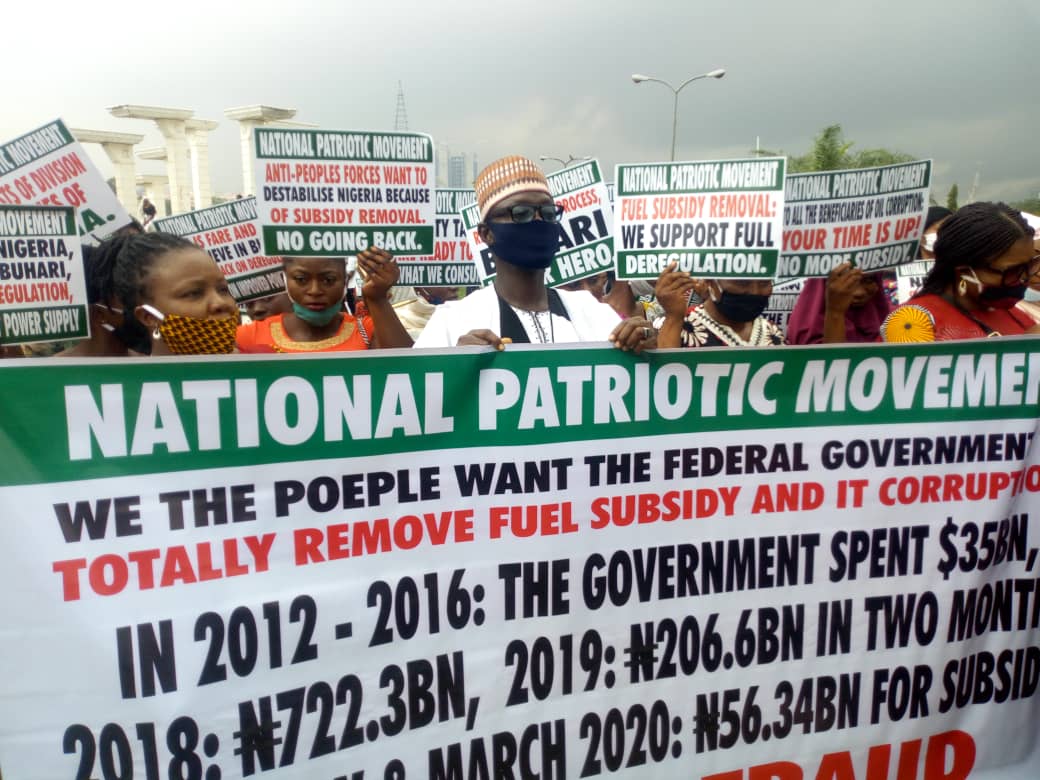 The National Patriotic Movement rallied at Unity Fountain on Monday in Abuja to argue that removing fuel subsidy was in the interest of Nigerians.

Popular labour opposition to price hikes is about to take a turnaround after the Nigeria Labour Congress (NLC) and Trade Union Congress (TUC) were urged to embrace deregulation.

The price hikes have hit both electricity and fuel prices.

Organised labour issued a 14-day ultimatum for federal government to reverse pump price of petrol down from N160 or face strike and mass protests.

The National Patriotic Movement rallied at Unity Fountain on Monday in Abuja to argue that removing fuel subsidy was in the interest of Nigerians.

Chief convener of the movement, Okpokwu Ogenyi, said the two policies were not against Nigerians but against the those stealing from national treasury in the name of oil subsidy and “unrealistic power projects” since 1999.

“We make bold to say that, NLC , TUC and other well placed Nigerians, should stop bullying the federal government over a genuine policy.

“Those criticizing the government over subsidy removal are not doing so in the interest of we the people but for their personal benefit. Why should labour unions threaten strike?” he queried.