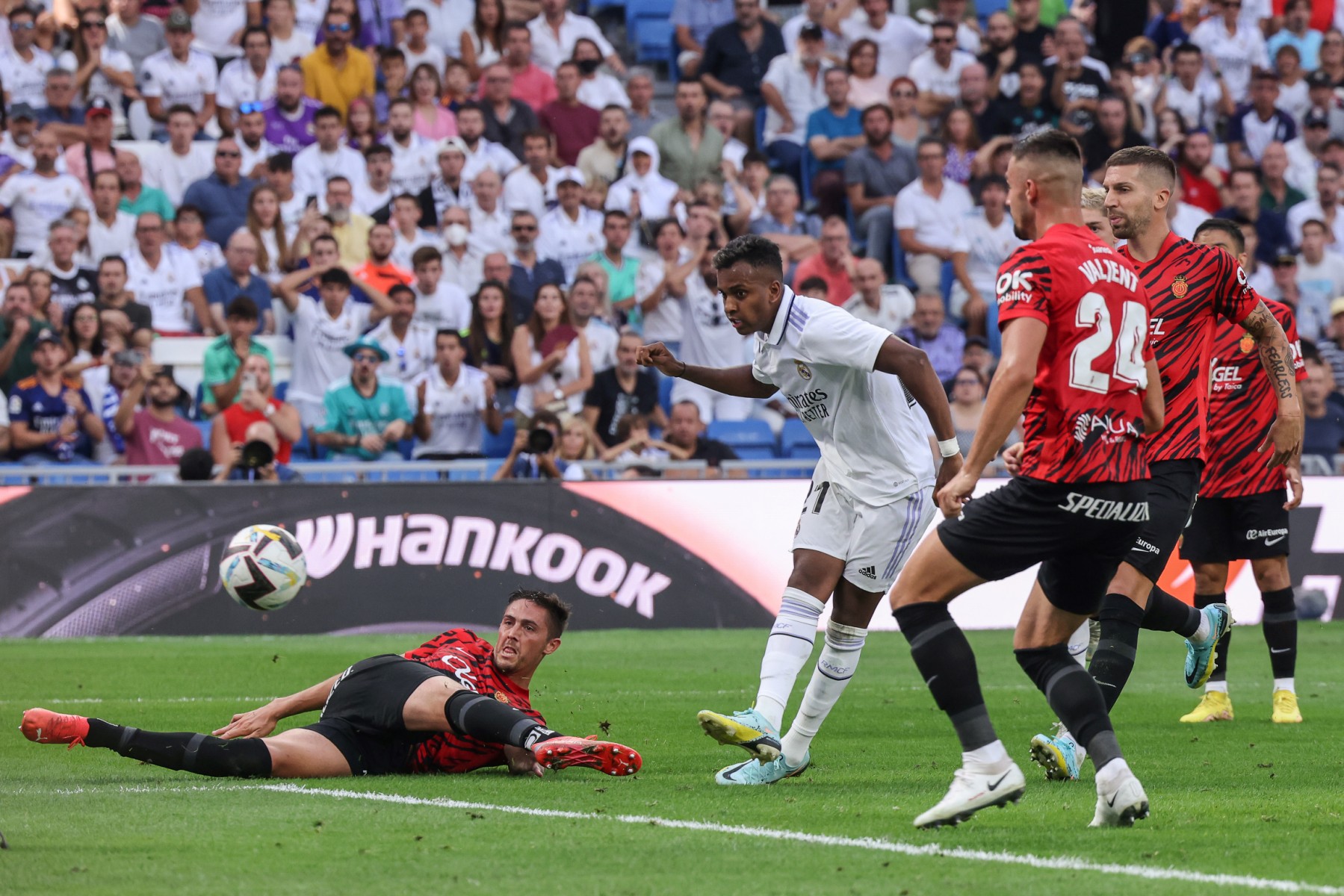 Real Madrid’s Brazilian forward Rodrygo (C) kicks the ball and scores a goal during the Spanish league football match between Real Madrid CF and RCD Mallorca at the Santiago Bernabeu stadium in Madrid on September 11, 2022. (Photo by THOMAS COEX / AFP)

Antonio Rudiger became just the second German to score in four of Europe’s top five leagues in the 21st century as Real Madrid brushed Mallorca aside 4-1 to sit atop La Liga on Sunday.

Rudiger hit a 93rd-minute goal to match Shkodran Mustafi’s feat. He had previously scored nine times in the Premier League, twice in the Bundesliga and twice in Serie A.

Mallorca took the lead with a 35th-minute headed goal by Vedat Muriqi, but Federico Valverde equalised in first-half injury time after a solo run.

Vinicius gave Real Madrid the lead on 72 minutes, before Rodrygo struck with one minute of regulation time to play, Rudiger adding the cherry on the cake in time added on.

The victory left Real Madrid on 15 points with five wins from five matches, two ahead of Barcelona, who dispatched Cadiz 4-0 on Saturday. (AFP)