Kwara guber: APN calls for cancellation of result over of omission of party’s name

Alternative Party of Nigeria, APN has called for cancellation of governorship election result in Kwara state over omission of the party’s name and logo from… 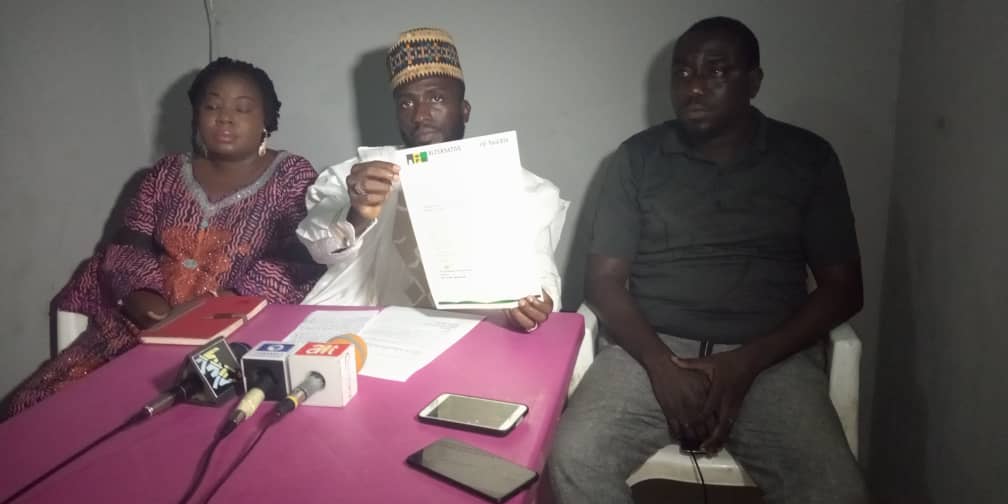 Alternative Party of Nigeria, APN has called for cancellation of governorship election result in Kwara state over omission of the party’s name and logo from the ballot paper by the Independent National Electoral Commission (INEC).

The governorship candidate of the party, Ambassador Muhammed Abubakar, made the call in Ilorin Saturday night during a press conference to call attention of Nigerians to what he described as injustice to him and his party.

Abubakar who was sure of his winning at the poll said failure of INEC to cancel the poll will only question the integrity of the commission.

“I am addressing the press because my party logo was omitted from the ballot paper for the governorship election. I contested under the party and won as the candidate of the party, my name was sent to INEC. I was cleared by INEC and my name was on the list when it was pasted. But I was surprised this morning that my party’s name and logo was not on the ballot paper. My supporters came out enmass to vote but could not see the party’s name.

“I called INEC national headquarters to complain about it and took a protest letter to Kwara INEC which was rejected. I am rejecting the election and no result should be announced.

“I am demanding justice from INEC to cancel the election and conduct another one within two weeks because I am certain of winning the election as governor of the state. I have been denied of my right and If the election is not cancel then integrity of INEC should be question,” Abubakar said.

When asked if he was part of those who stepped down for the APC candidate, he said “I was not part of the parties that declared support for the APC few days to election.”