Kwankwasiyya political group has expressed disappointment over plans by Kano State Governor, Abdullahi Umar Ganduje, to demolish one of the four flyover bridges built by… 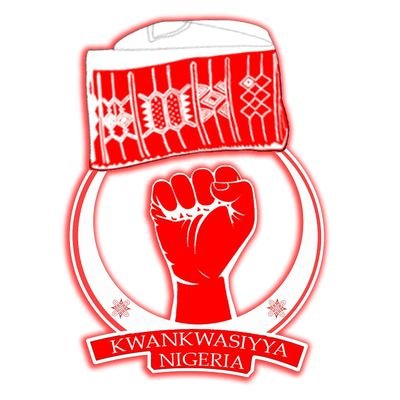 Kwankwasiyya political group has expressed disappointment over plans by Kano State Governor, Abdullahi Umar Ganduje, to demolish one of the four flyover bridges built by his predecessor, Rabi’u Musa Kwankwaso.

Ganduje’s Commissioner for Information, Muhammad Garba, was recently reported to have unveil the administration’s plans to demolish and reconstruct the Kofar Nassarawa bridge with the intention of making it more convenient for commuters.

But Kwankwasiyya, in a statement on Friday by a former Commissioner, Project Monitoring Directorate during Kwankwaso’s administration, Comrade Aminu Abdulsalam Gwarzo, described the plan to demolish the project meant to last for 100 years as political witch-hunt.

The statement added that: “Thinking we have seen the worst of Ganduje’s administration bungling of public assets; on Tuesday 9th February the people of Kano were yet given another rude awakening shock with reports credited to Muhammad Garba; Ganduje’s Information Commissioner who on the directives of his boss told Kanawa that Governor Ganduje has concluded plans to demolish the Kofar Nassarawa flyover a functional infrastructure that was designed and constructed to have a lifespan of 100 years.

“It may be recalled that in the 2019 general elections the people of Kano came out in drove and voted out Ganduje.

“What followed as perpetrated by the powers-that-be resulted in the unfortunate mockery of the judiciary from the Election Tribunal to the Court of Appeal and even the apex court.

“It is saddening that two years after the elections that imposed Ganduje on the people of Kano; the Governor has chosen to take his pound of flesh by the obliteration of Kano’s historical and cultural monuments and other landmarks that gave Kano its identity.”

The group added that: “We are witnesses to how the administration ignominiously oversaw the calamitous demolition of functional public institutions and structures and the butchering of public land and properties for sale to the highest bidder not minding “over-riding” public interest.

“It is on record that recently the governor attempted to relocate the 50 years Kano Zoological and Botanical Garden which is on 53 hectares of land for the sole purpose of selling the land for commercial gains.

“Furthermore, only lately premises of the Gidan Zakka which is not even a public property was also sold for commercial benefits.

“This is in addition to other public and private properties too numerous to mention here that were selfishly taken over and put up for sale or allocated to family members, friends and political cronies.

The group said it’s not true that the flyover bridge was collapsing.

“It is therefore share outlandish falsehood that the Kofar Nassarawa flyover is collapsing.

“Apparently, we have it on good authority that the Governor is merely trying to justify the demolition of the flyover just so as to butcher the land for sell to the highest bidder,” Kwankwasiyya added.

The group then promised to reclaim all the public properties that have been misappropriated by the Ganduje administration if they reclaim power in the state by 2023.

Daily Trust reports that the Kwankwasiyya and Ganduje’s administration have been at loggerheads since the end of the second year of Ganduje’s first tenure.

The State Government later had to order for the removal of Kwankwasiyya inscription on all the state’s properties executed by Kwankwaso’s administration.