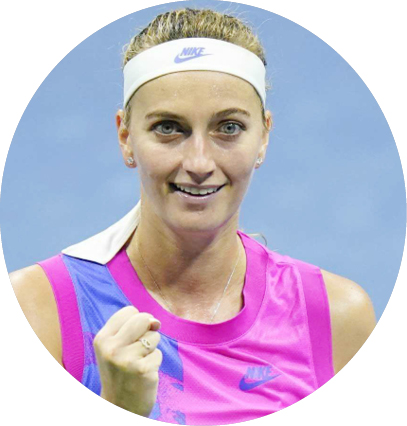 On yet another chilly day in the French capital, seventh seed Kvitova’s superior firepower proved decisive as she posted her fourth successive straight-sets victory.

With so many big names already out, twice Wimbledon champion Kvitova will sense a golden title opportunity as she heads into a quarterfinal against unseeded German Laura Siegemund.

“It was a great one today for sure,” said Kvitova, who returned to action at the 2017 French Open following a knife attack six months earlier that left her with career-threatening hand injuries.