Local government workers in Kogi State under the auspices of the National Union of Local Government Employees (NULGE), on Tuesday faulted the state government over… 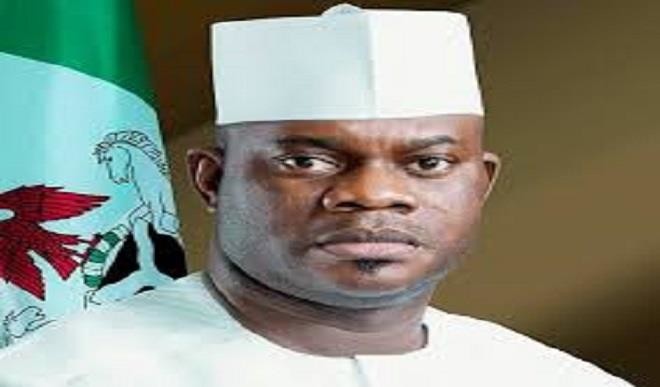 Local government workers in Kogi State under the auspices of the National Union of Local Government Employees (NULGE), on Tuesday faulted the state government over its claims that council workers have been receiving 50 percent of their salary in the last six months.

The local government workers, who were at the Government House, Lokoja, in the course of the organised labour’s peaceful protest over implementation of new minimum wage of N30,000, said they were only getting 25 to 30 percent of their salaries.

They stated this while reacting to the statement of the Chief of Staff to the governor, Chief Edward Onoja, who addressed the protesters.

Onoja had told the gathering that records had shown that workers in the third tier of government had in the last six months been collecting 50 percent of their salary.

However, the atmosphere became rowdy when Onoja made this claim as the workers interrupted and started shouting “No No, it’s not true”.

The development prompted Onoja to request for the leadership of NULGE to make clarifications on the implementation of the directive on the payment of 50 percent salary.

The president of NULGE in the state, Comrade Tade Adeyemi, who stepped forward to ascertain the position of the government on the percentage payment, rebutted the claims, saying local government workers have been receiving 25 to 30 percentage salaries in the last six months.

“I want to, on behalf of the entire Local Government workers, register our displeasure that despite our agreement, that no LGA should receive less than 54%, I want to point it to you that, a majority of LGA workers are receiving 25-30% salaries,” he said.

Onoja, however, responded that the Director of LGAs and Treasurers had confirmed to the government with relevant records that they have been paying 50 percent and above.

Earlier, the state chairman of NLC, Comrade Onuh Edoka, while presenting the demands of workers in the state reminded the government that workers were being owned five months, 10 months, 15-24 months salary respectively.

Edoka also called on President Muhammadu Buhari to quickly implement the N30,000 new minimum wage adding that, he should not be distracted by some governors hiding under the guise of “Nigeria Governors Forum” who are not willing to support the labour movement.

“We hereby reiterate our directive to Nigerian workers to vote out any politician or political party that refuse to pay the new national minimum wage of N30,000.

We shall continue to consolidate our efforts to strengthen already existing platforms and structures to give teeth to our firm resolve to remove from power anti-labour governors and political leaders in the forthcoming 2019 general election.

“We urge the government to desist from using the threat of mass sack or the barbaric policy of “no work, no pay” to break our resolve”, he said.