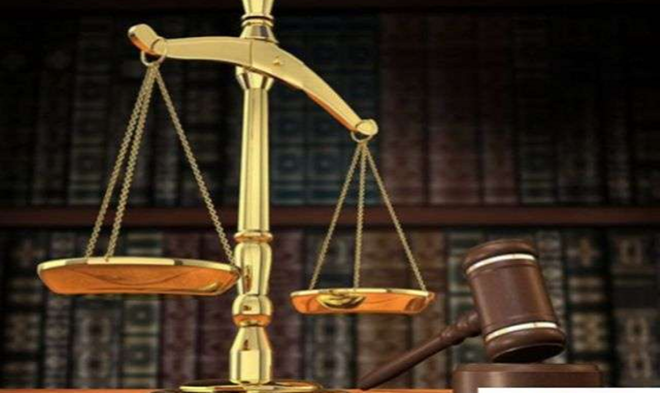 Kogi Judiciary on Monday approached the State High Court sitting in Koton-Karfe seeking nullification of the April 2 resolution of Kogi House of Assembly recommending the removal of the Chief Judge, Justice Nasir Ajanah.

The motion was filed by Adegboyega Awomolo (SAN) leading 11 other lawyers including five Senior Advocates of Nigeria on behalf of the claimants/applicants, Justice Ajanah and Chief Registrar of the state High Court, Alhaji Yahaya Adamu.

Awomolo said the Motion Notice (Motion NO. HC/KK02M/201) was brought pursuant to Order 11, Rules 1 and 2 of Kogi State High Court (Civil Procedure) Rules, 2006 to counter the action of the Assembly in defying the court order in the impasse between the Legislature and the Executive arms.

Joined in the motion are the Kogi State House of Assembly; Speaker of the House; Hon. Bello Hassan Abdullahi, chairman of the Ad Hoc Committee; the Governor of Kogi State and the Attorney-General of Kogi state.

The claimants/applicants in the motion contended that the House of Assembly defied the pendency of Suit No. HC/KK/11CV/2018 and the interim injunctive Orders of the Court to have sat and issued a resolution in respect of the matter.

They prayed for an order of the court nullifying and setting aside the resolution purportedly passed by the House at its plenary sitting of 2nd April, 2019 in defiance of the pendency of the suit.

The action of the Legislative Assembly also defied the interim injunctive Orders of Court by acting upon a report submitted to it by its Public Accounts Committee and resolving that:

“i) The Chief Judge of Kogi State (the 1st Claimant/Applicant herein) be removed for alleged gross misconduct, and

“ii) That the Chief Registrar of Kogi State High Court (2nd Claimant/Applicant herein) should be referred to the Kogi State Judicial Service Commission for disciplinary action for misconduct.”

“The motion was based on the grounds that the purported resolution of the 1st – 3rd defendants was made during the pendency of this suit and a subsisting order of this court restraining the defendants from taking any steps in respect of the substantive matter.”

The motion also held that orders of court were meant to be obeyed by parties adding that the said resolution of the 1st – 3rd defendants violated the said Order of the court and amounted therefore, “to self help which is deprecated by the law.”

It also held that the said resolution having been made during the pendency of the suit and a subsisting order of the court, was a nullity under the law and ought to be set aside.

The High Court presided over by Justice Alaba Omolaye-Ajileye is expected to hear the claimants/applicants through their counsel on April 12.