The crisis rocking the Peoples Democratic Party (PDP) in Kogi state has deepened as an aggrieved aspirant in the recent governorship primaries, Alhaji Abubakar Mohammed… 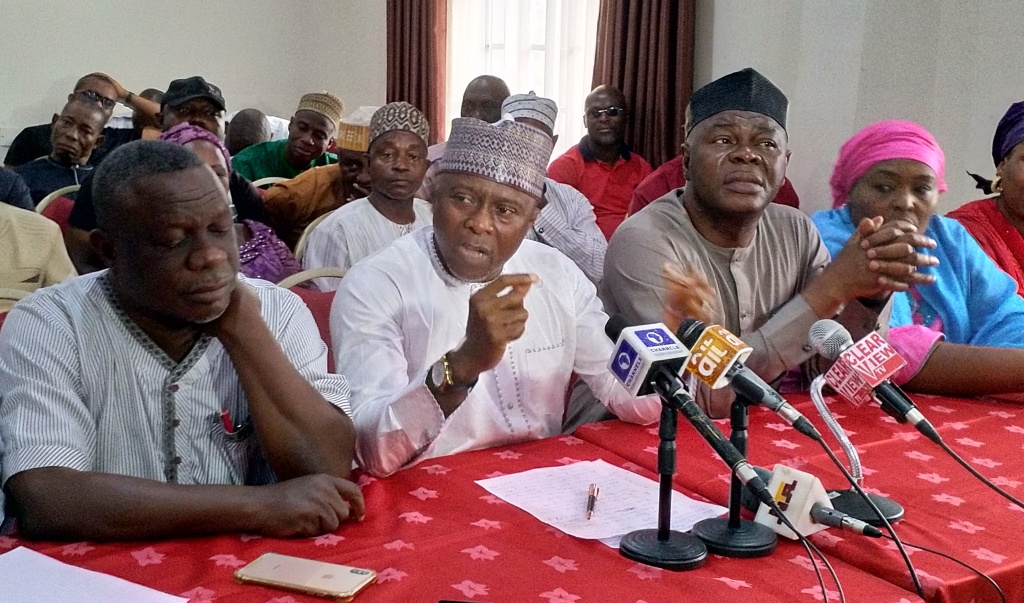 The crisis rocking the Peoples Democratic Party (PDP) in Kogi state has deepened as an aggrieved aspirant in the recent governorship primaries, Alhaji Abubakar Mohammed Ibrahim, has gone to court seeking to be declared the candidate of the party.

He disclosed this on Wednesday at a press conference in Abuja.

The spokesman of the Abubakar Ibrahim Campaign Organisation, Shaba Ibrahim, who was flanked by Ibrahim and the Director General of the campaign and a former acting governor of the state, Clarence Olafemi among others were at the briefing.

Shaba Ibrahim, who briefed reporters, faulted the processes that produce Engr. Musa Wada as the governorship candidate of the party, especially the authenticity of 600 votes recorded for Wada, which he said, put the process and conclusion of the committee on the primaries to question.

He wondered why 247 votes which the committee initially ignored were later announced as belonging to Senator Dino Melaye.

“We as democratic and law-abiding people have taken steps to seek redress within the confines of the law. We have approached the court to seek redress and it is because this matter is not otherwise subjudiced, we will not go into many details.

“But suffice to state that we have won and pray to the court that Alhaji Abubakar Ibrahim be and ought to be declared as the candidate of the PDP based on the valid votes recorded at the primaries.

“We are not unaware of insinuations going round that we seek to void the entire process; that is not the truth. Our prayer is sole, that we won the election and ought to be so declared.

“We should recall that it was upon the assurances of the chairman of the committee, His Excellency, Governor of Adamawa State, Umar Fintiri that all the materials and the ballot used in the election that was disrupted by gunmen on the September 3 have been fully recovered did we consent to the counting and sorting of the ballot and process on September 4, 2019,” Shaba said.

He said that it was not until the process of counting had been concluded the chairman made a u-turn by announcing to the people present including yours sincerely and the candidate that some 247 ballot papers were missing.

While saying that the margin of lead between the two leading aspirants was and remains 38 votes, he said it is substantial and that the committee strangely accepted 600 ballot papers from Engr Musa Wada, which they did not just accept but also collated and added it to the already sorted 148 votes which now threw Engr. Musa votes to 748.

He said that by simple arithmetic, if the 600 votes that were brought in from the confines and comfort of Wada were deducted from the 748 votes that are ascribed to him, Ibrahim will be leading comfortably.