Kogi state governor Yahaya Bello paid a condolence visit on the family of his late police outrider, Inspector Aminu Salihu, with promise of scholarship and… 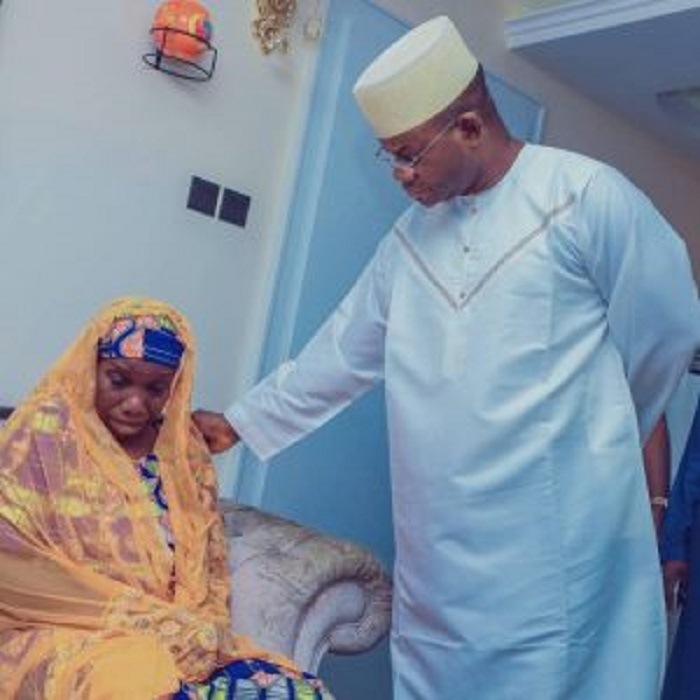 Kogi state governor Yahaya Bello paid a condolence visit on the family of his late police outrider, Inspector Aminu Salihu, with promise of scholarship and two houses for the late officer’s family.

At the family’s residence in Kubwa, Bello promised cash, two houses to be built in Kubwa to shelter the late officer’s mother, two widows and five children, as well as scholarship to enable the five children continue schooling.

Salihu is considered an ace outrider who worked on Bello’s convoy, and died in the line of duty on March 15.

“Insp Salihu’s death came when the nation needed him most; he was a gentleman, diligent and highly professional,” said Bello.

“He brought finesse and dexterity to policing. This is a personal huge loss to me and to the country at large.”

Responding on behalf of the family, Salihu’s senior widow, Martha, said, “Thank you, your Excellency. Our late husband has told us several times that you are the source of his light and that you have been his hope and that we should continue to pray for you.

“You have demonstrated what my late husband told us about you this morning. Thank you for lighting up our grieving moods.

Until his death, Insp Salihu was the nation’s best and most celebrated outrider for many years. (NAN)