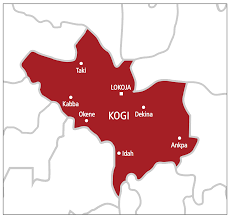 Kogi State Government has signed a Memorandum of Understanding with Chinese investors for the provision of a high technology security architecture that will capture movements in and out of the state from a control centre to decimate terrorism, banditry and other crimes.

The state government said that all stakeholders, including the Army, Department of State Services, Navy, Police and local vigilantes, would be carried along in the security control deal.

The Chief Executive Officer, Kogi State Investment Promotion and Public Private Partnership Agency, Abdulkareem Siyaka, who disclosed this on Tuesday in Lokoja, said a lot of work went into the conceptualisation and design of the project.

He said the deal with the Chinese firm, Hytera would greatly improve the state’s economy and grind cases of insecurity to a halt in Kogi State, as well as across adjoining states.

He  noted that the project was expected to create over 685,000 jobs and attract over N591bn investment yearly.

He added that the deal would encourage migration to rural areas in the state, stressing that a 5G licence had already been acquired by the state from the Nigerian Communications Commission.

“We are putting the whole state on the map, real-time, virtual, audio and visual. So as you enter Kogi State from anywhere, even through the bush, we will see you,” Siyaka said.

He added, “If you do something wrong, we will be able to intercept you using our field personnel on the ground.”

He stressed further that the governor would develop Kogi State and needed to be ahead of criminals by using artificial intelligence and super crime fighting infrastructure.

“We are bordered by 11 states. We don’t have control over, so the best way to arm ourselves is to go into this kind of project,” he said.