The Police Commands in Oyo and Ogun States have beefed up security on the Lagos-Ibadan Expressway following a resurgence of criminal activities along the route.… 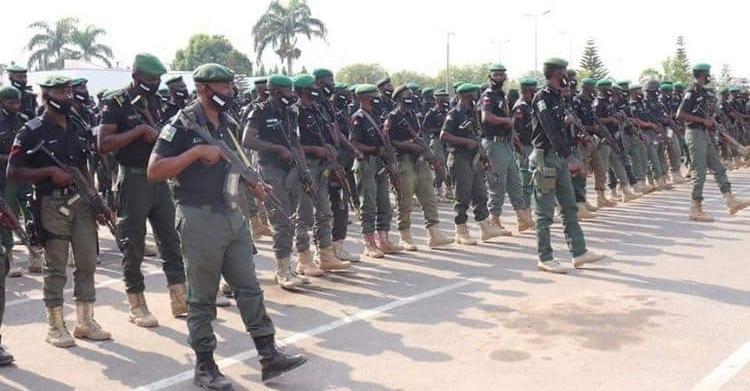 The Police Commands in Oyo and Ogun States have beefed up security on the Lagos-Ibadan Expressway following a resurgence of criminal activities along the route.

There have been recurring reports of kidnapping and other security challenges along the 131-kilometre road.

The spokesman of the police in Oyo State, SP Adewale Osifeso, said in a statement on Thursday that the Commissioner of Police, Adebowale Williams, had vowed to rid the area of undesirable criminal elements.

Williams in the company of his Ogun state counterpart, Lanre Bankole, on Thursday, undertook a strategic assessment patrol along the highway and deployed personnel and assets to forestall further attacks.

He said both commands have also restructured the security apparatus around the Lagos-Sagamu-Sapade-Onigari axis.

“The security architecture of both commands were also deliberately remodelled with cooperation from adjoining state police commands to deal decisively with criminal elements whose mindset is to use both states as criminal hideouts after being dislodged.”

He advised the citizens of the states not to panic because of the enhanced presence of security personnel and equipment in the area.

The spokesman said there would be joint intelligence-led surveillance, aggressive patrols, combing of forests alongside local hunters and vigilante members and other permanent visibility policing measures.

He urged the public to provide the police with timely and credible information on suspected criminals around them. (NAN)