Primary school teachers in FCT rural communities are living in fear over reported cases of abduction of residents and teachers in the territory.  Our reporter… 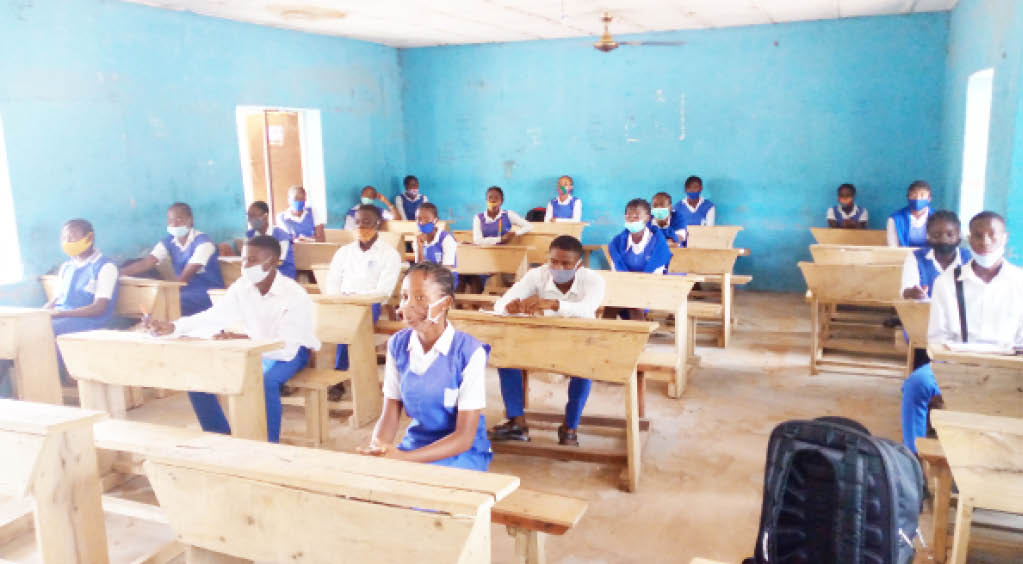 Some students of the Junior Secondary School, Kilankwa community in Kwali area council in their class.

Primary school teachers in FCT rural communities are living in fear over reported cases of abduction of residents and teachers in the territory.

Our reporter recalls that two vice principals of the Junior Secondary Schools (JSS) Yebu and Kwaita communities in Kwali Area Council, Abdullahi Abubakar Gbedako and Nuhu Mohammed respectively, who were abducted two weeks ago are still in captivity.

Some of the teachers, our reporter reliably gathered, have relocated to neighbouring Kwaku village and Kuje town and from their go to their schools in the morning.

A teacher of one of the LEA schools, Ishaya Solomon, who spoke with our reporter, said he normally stayed at his duty post from Monday to Friday and returned home for the weekend.

Mr Solomon said, “Actually, when I was posted to the school two years ago, I used to stay in the village from Monday till Friday, before I will come back home for weekend. But due to the frequent abduction of people and teachers, I have to stop sleeping in the village and ride on motorcycle to school and come back after closing.

In fact, just last week, while on my way going to my duty post a farmer alerted me that he sighted kidnappers at a stream, and I quickly turned back.”

The Chairman of the Parent-Teacher Association (PTA) in the FCT, Usman Abubakar, said the best way to address the challenge was for community leaders to support government in providing vigilantes that would man such schools in order to curtail fear among the teachers.

The Chairman of the FCT wing of the Nigeria Union of Teachers (NUT), Comrade Stephen Knabayi, while reacting over the abduction of the two vice principals in Kwali, said the union had written to the FCTA and the area councils on the need to devise security measures that would protect teachers in rural schools across the FCT.

The spokesperson of the FCT Police Command, DSP Adeh Josephine, said she would get back to our reporter on the issue.