Kidnap kingpin Buju Bazamfare to surrender self, arms in Nasarawa

Nasarawa State Governor, Abdullahi Sule has disclosed that a notorious kidnapper operating in the state, Buju Bazamfare, has accepted to surrender, alongside his arms. He… 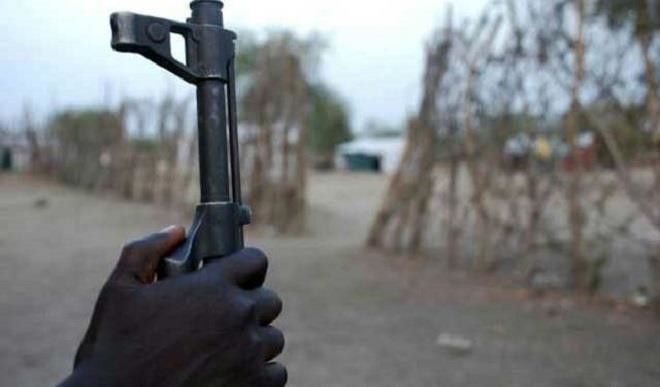 Nasarawa State Governor, Abdullahi Sule has disclosed that a notorious kidnapper operating in the state, Buju Bazamfare, has accepted to surrender, alongside his arms.

He made this known while on a thank-you visit on the Inspector General of Police, Mohammed Adamu, in Abuja, on Thursday.

The Governor who commended police institutions in the state, especially the state Commissioner of Police, Bola Longe and his team, for ensuring that peace and harmony are maintained in the state, confided in the IGP that he recently came face to face with the kidnapper, among others, who are willing to surrender along with their weapons.

“I was told that during the conference, they are willing to come face to face with you and to also surrender their weapons as well as surrender themselves, “ the Governor told the IGP.

While describing the feat as a huge progress towards reducing crime and criminality in the state, Governor Sule thanked the IGP for all the support he continue to give the state.

In his response, IGP Adamu, disclosed that a security summit for the North Central zone is scheduled to hold in Lafia on January 22, where stakeholders will come together, traditional rulers, vigilantes, political leaders, as well as other security agencies, to brainstorm and identify peculiar problems associated with security in the zone.

“It’s a local community based initiative where cooperation will come from the grassroots, from village level to district level to local government level up to the state,” he explained.

The police boss pointed out that with community policing, the community drives the process in terms of coming together, identifying those within their localities that are prone to committing crime or even problems that can lead to crimes like drugs and others.

“They will work with police in order to get these people out of their communities or those things that can cause commission of crime,” the IGP stated.