The Chartered Institute of Bankers of Nigeria (CIBN) on Saturday elected Dr Kenneth Opara as the 22nd President/Chairman of Council... 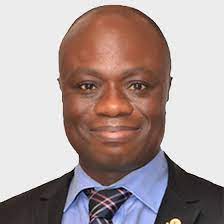 The Chartered Institute of Bankers of Nigeria (CIBN) on Saturday elected Dr Kenneth Opara as the 22nd President/Chairman of Council of the institute.

Opara, who was elected alongside seven other members during the institute’s 2022 Annual General Meeting (AGM) in Lagos, would run the affairs of the institute for the next two years.

He will be succeeding Dr Bayo Olugbemi, whose two-year tenure will end on May 21.

In his acceptance speech, Opara said, “I wholeheartedly accept the mandate to serve as the 22nd President and Chairman of Council of CIBN.

“I am mindful of the fact that you have high expectations for me and my colleagues. Let me assure you that we shall collectively do our best to deliver on your mandate as an obligatory, innovator and implementer.

“We will leverage what the past president has done and also look on how to build capacity, collaborate with the stakeholders, and work with other regulators and the banks to ensure that we make a perfect and meaningful competition.

“I thank the electoral officer and I congratulate all the candidates. I want to say that we are all winners, no victor no vanquish,’’ he said.

The News Agency of Nigeria reports that the Institute also reviewed the 2021 financial and operational reports.

Alabi said that the IGR represented an increase of 20.3 per cent when compared with N1.47 billion recorded in 2020.

He said the growth was an indication that the CIBN was strategically moving toward its aspiration of becoming financially independent.

The Chairman of the CIBN Audit Committee, Mr Babatunde Oduwaye, affirmed that the accounting and reporting policies of the institute were in accordance with legal requirements and ethical practices.

Speaking on the 2021 operations, the outgoing President of CIBN, Olugbemi, said that the institute stood tall as a vanguard for the promotion of banking education and professionalism in Nigeria and the world at large.

Mr Seye Awojobi, CIBN Registrar/Chief Executive Officer, said that a total of 291 graduates were conferred with MCIB, 380 candidates with the ACIB and 320 candidates via the regular ACIB Examination route.

Awojobi also said that 41 candidates were conferred via the Chartered Banker MBA route and 19 candidates via the MSc/ACIB Linkage Programme route.

Members in their remarks commended Olugbemi for his two-year leadership and suggested that there was a need to improve on its membership drive.