KAROTA embarks on reform to end face-off with road users 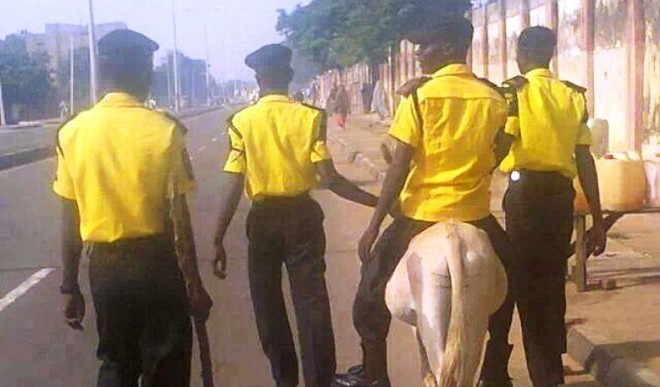 The management of Kano State Road Traffic Agency (KAROTA) has embarked on a reform in its operations with a view to ending the face-off between its officials and road users.

Speaking to Chronicle, the Managing Director of the Agency, Alhaji Baffa Babba Danagundi, said the reform was imperative in order to end misunderstandings between officials of the agency and road users especially commercial tricyclists.

He said following the reform being undertaken in the agency, the state had, in the past six months, not record any case of friction between KAROTA officials and road users.

Danagundi added that the agency was also playing greater role in the crusade against drug abuse in the state as its officials had on several occasions succeeded in impounding trucks loaded with drugs coming into the state.

“We have recruited many personnel, purchased many operational vehicles and we also embarked on rigorous sensitization campaign among our officials in order to educate them about the job. Without this kind of reform, the agency cannot achieve anything in discharging its duty. It is only when the officials know the do’s and don’ts regarding their operations that they can perform well in discharging their primary assignment.

“My coming as MD of the agency has changed many things in the areas of operations, relationship with road users and the conduct of the personnel. I have succeeded in instilling discipline in our personnel which is cardinal in achieving our desired objectives.

“To avoid conflict between our personnel and other road users, especially tricycle riders, we have instructed our men to desist from the habit of removing vehicle number plates to avoid accidents involving KAROTA operatives,” Danagundi said.

He said instead, the agency had ordered its personnel to take the registration number of the vehicle any time a driver attempts to abscond after committing an offence.

However, some tricycle operators, who spoke to Chronicle, expressed concern over the activities of some of the KAROTA operatives.

They argued that that the KAROTA had usurped the powers of other agencies like the Federal Road Safety Corps (FRSC), VIO and even the police.

They also decried arbitrary arrests and extortion over allegations of traffic law violation and, therefore, called on the government to review the powers of the agency in line with modern practices.

The operators attributed tragic incidences involving KAROTA personnel to ignorance of safety rules, and called for more training for the personnel.

Abubakar Suleiman, a tri-cyclist said, “KAROTA personnel arrest motorists even when no offence was committed.”

He called for training for the personnel to make the agency more effective and people-oriented.

Another tri-cyclist, Isma’il Muhammad, said although the KAROTA personnel were helpful in directing traffic, their attitude towards the public needed to be changed.

“I am happy that the management of the agency has started effecting some changes in its quest to improve on the activities of the agency. This is what we have been yearnings for several years. I hope the management will sustain the tempo for our good,” he concluded.