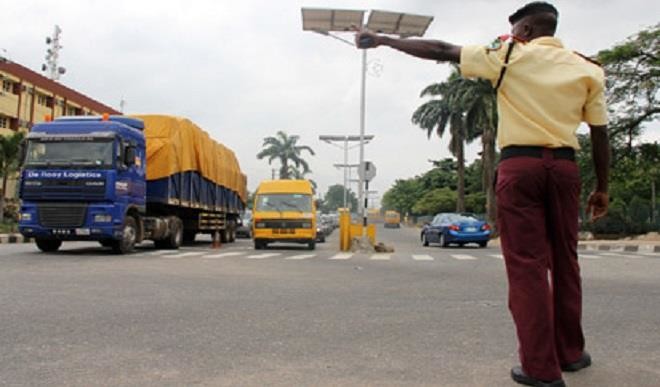 Dan’agundi made this plea when he led KAROTA top management on a one-day working visit to LASTMA’s headquarters in Lagos, according to a statement by Mr Olumide Filade, the Assistant Director, Public Affairs, LASTMA.

The KAROTA boss, who commended the Lagos State Government for its vision in setting up the LASTMA, applauded its management for the role it was playing in traffic management in the state.

“KAROTA is in Lagos to request for a working relationship on how to improve on its operations in Kano State, as LASTMA is far ahead.

“The amended road traffic law of Lagos State may be adopted in order to improve on KAROTA’s operations,’’ Dan’agundi said.

In his response, the Deputy General Manager of LASTMA, Comptroller Isaac Adetimiro, said the political will of successive governments in the state controlled by a party since 1999, had operations of the traffic management body stable.

“The agency has become a role model for other states’ traffic agencies.

“We will continue to strive to achieve a greater Lagos where effective and efficient traffic management will drive an improved and increased socio-economic development of the state,’’ he said.

The LASTMA boss said that Gov. Babajide Sanwo-Olu of Lagos State placed much importance on making Lagos a Smart City and 21st Century State through a well-planned socio-economic growth, driven by an efficient traffic management.

He said that Sanwo-Olu’s commitment was shown through signing of the first Executive Order to curb flooding, traffic gridlock and refuse management in the state as well as visiting the LASTMA headquarters within a week of his inauguration.

Adetimiro enumerated various challenges faced by LASTMA in the past to include litigation against its operations, which had been surmounted with the agency.

He said that the traffic law of Lagos State as amended in 2012 and further amended in 2018 by the Lagos State House of Assembly provided for the regulation and prohibition on some roads of commercial motorcycle operators.

Adetimiro said that the amended law also made provision for N20, 000 as the minimum fine, as against the previous law which stipulated a maximum fine of N5,000.

He said that the former insignificant fine encouraged total disregard for traffic rules and regulations by road users.

The LASTMA chief advised KAROTA to employ more graduates as it was being practiced in Lagos, in order to improve on their operations and relationship with members of the public.

“These officers must be well remunerated so as to avoid being prone to corruption which is the bane of our society,’’ Adetimiro said.

He said that the visit was a fallout of the summit of States traffic management agencies with the Federal Road Safety Corps in Abuja recently.

Filade said that FRSC Corps Marshal, Mr Boboye Oyeyemi, encouraged other states to visit Lagos State with a view to learning from their experience.