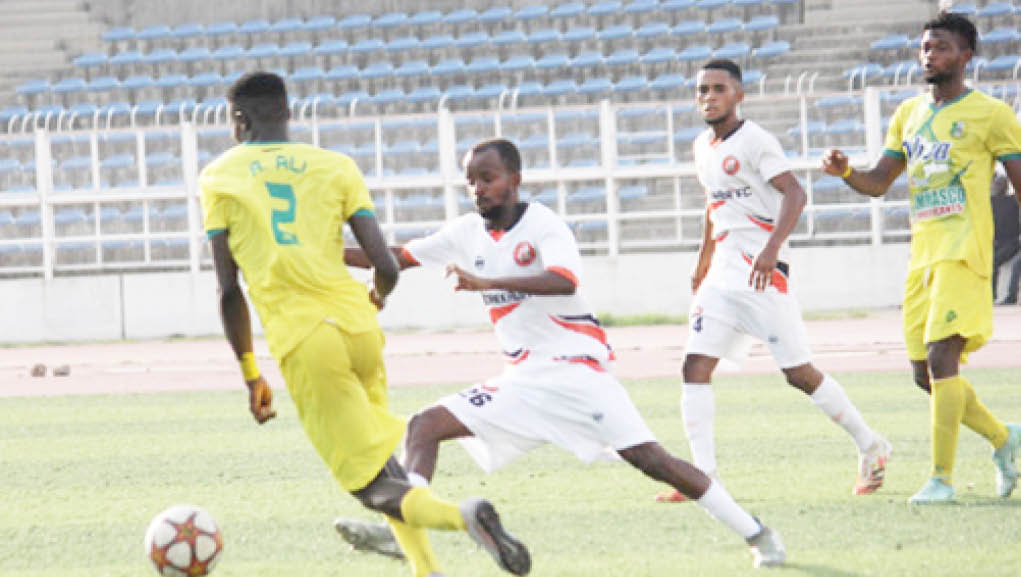 The ill-fated clash between Kano Pillars and Dakkada FC

Struggling Kano Pillars have rejected the decision of the Nigeria Football Federation disciplinary committee to deduct three points over infringements on the field of play as they seek to avoid relegation.

It will be noted that the NFF took the decision following the improper conduct of the club as well as the match officials in a Match Day 31 fixture involving hosts Kano Pillars FC and Dakkada Int’l FC.

In a statement, the club said the deduction was never the subject of the appeal before the committee but welcomed and accepted the decision of the committee in upholding the results and final outcomes of the matches played against Katsina United and Dakkada FC which were the only subject matters of the appeals.

In appealing the decision, the club said the game against Dakkada was played under closed doors with no fans with only the two teams, FA officials and some media present and there was no break of law and order or fans disruption in the stadium except for the isolated incident involving the former chairman Alhaji Surajo Shaaibu Yahaya Jambul and an assistant referee.

“This clearly is an error/oversight by the committee and a travesty of justice. Therefore, Kano Pillars rejects this decision of activating the 3 points deduction and has appealed to the Nigeria football federation Appeal committee,” the statement said.

Meanwhile, the acting Chairman, Alhaji Ibrahim Galadima has called for calm from all supporters of the club and for everyone to remain law-abiding as this matter is being pursued legally to its logical conclusion.

He assured that he will continue to do everything to protect the integrity of Kano Pillars Fc and indeed the Nigeria Professional football league.