The son of the former Head of State, late General Sani Abacha, Mohammed Abacha has flagged off his gubernatorial campaign on the platform of Advanced… 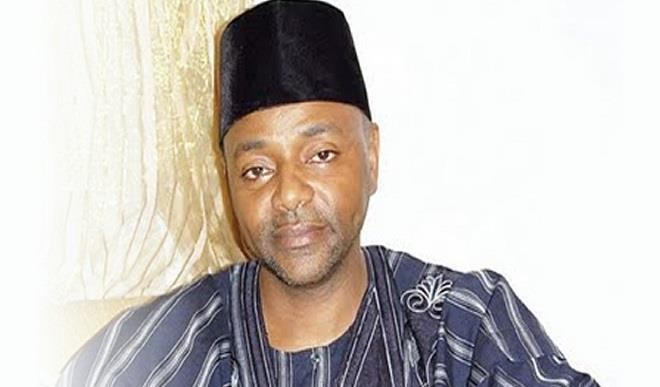 By Yusha'u A. Ibrahim, Kano

The son of the former Head of State, late General Sani Abacha, Mohammed Abacha has flagged off his gubernatorial campaign on the platform of Advanced Peoples Democratic Alliance (APDA).

Abacha is contesting for Kano governorship for the second time having contested for the same position in 2011 on the platform of the defunct Congress for Progressive Change (CPC) but was later disqualified and replaced with General Jafaru Isa (rtd).

Addressing his supporters shortly after he received the party’s flag from the APDA’s National Chairman, Shitu Mohammed at Kano Polo Ground, Abacha promised to develop Kano economically, educationally and agriculturally.

Abacha said if elected governor, he would reduce cost of government’s spending and revive collapsed industries in order to boost the economy of the state.

He alleged that Kano had been mismanaged for 16 years, assuring that “If I am elected governor, I will declare free services in critical sectors such as education and health. My administration will give priority to infrastructural development and will attract more foreign investors to Kano.

“Our state needs a governor who opens the business gates for Kano markets not those who want to close the gates. Our state also needs a leader of high standing that is internationally associated because Kano was founded on the brilliance of responsible business and market disciple,” Abacha said.

Abacha who raised concern over the increasing number of widows and suffering faced on daily basis, reminded that policy frame work of his party centres on widows’ empowerment opportunity that will transform their endlessness to productivity.

The APDA gubernatorial candidate assured that the role of traditional and religious leaders in nation building will be fully recognized and strengthened.

He explained that the constitutional provision will be reviewed to essentially harness the role of the clergy to fight moral decadence and other societal menace pervading Kano.