Kano government and the Civil Service

“One of the greatest attractions that Civil Service offers is the security of tenure. If this principle is perchance eroded through any show of unbridled… 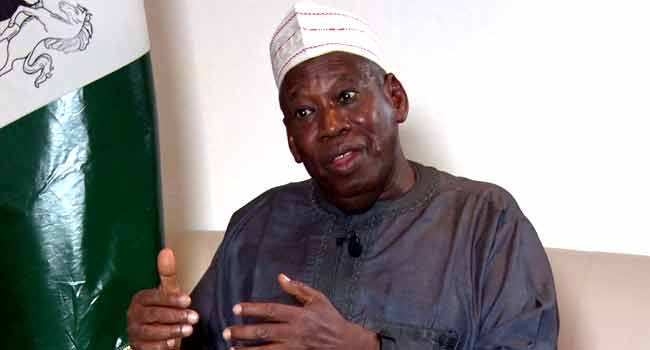 “One of the greatest attractions that Civil Service offers is the security of tenure. If this principle is perchance eroded through any show of unbridled personal power, the resulting feelings of insecurity could seriously mar the fearlessness with which Civil Servants give advice and the whole tradition of the service itself. A sycophantic bunch of civil servants is a scourge that no State should want to create”.

The Civil Service, the world over, is founded on the principles of knowledge, professionalism, expertise and other denominators anchored along societal development. Just in line with this global trend, Nigeria at independence in 1960 had inherited a colonial civil service, an institution that later on produced tested indigenous technocrats who played a key role in complimenting the efforts of  successive governments towards realizing development in all facets.

In Kano State, for example, after it was carved-out from Northern Region in May 1967, the Civil Service inherited from Kaduna and Lagos played an important role to the development of the state.  In the late Audu Bako regime 1968-1975, the State had witnessed unparalleled development in agriculture and irrigation, massive infrastructure development, education, health, water resources and in many other spheres of human endeavor. Governor Muhammadu Rimi of blessed memory 1979-83, successive military regimes lumped together 1983-1999, Rabiu Kwankwaso 1999-2003, 2011-2015 and Ibrahim Shekarau 2003 – 2011. All these administrations had optimally utilized the civil service as an institution to facilitate developmental pursuits leading to the state attainment of greater heights in commerce, science and technology, human development and various accomplishments and also left an indelible historical legacy. In fact, their various efforts in improving the workers welfare without intimidation or unwarranted prejudice is also to be reckoned with.

Unfortunately, however, the Ganduje administration has like no other before it, turned the service against itself; it is even more reprehensible when its top echelon are targeted for systematic elimination without recourse to the consequences in the nearest future.

On 2nd May, 2019 the administration via press release relieved all the 25 permanent secretaries and asked them to re-apply for the post.  Many people in the country were surprised, as they never heard about such anomaly in the history of public service in Nigeria. For instance, nobody has ever applied to be appointed for the post of a permanent secretary in the British inherited civil service, needless to say that the post is a career one attained through steady progress and growth, of course at the discretion of the chief executives of the state under section 208 of the 1999 constitution. To perfect its onslaught against the service, in just three weeks after the incident, 12 out of the 25 sacked permanent secretaries were reappointed, 13 were dropped. Of the 13 dropped, eight were asked to proceed on retirement on the post of permanent secretaries, and the remaining five were compulsorily retired on the post of Directors without any reasons.

In the first place, the reversion of five permanent secretaries to the post of Directors was done mechanically without any humane consideration.  It is also alien to civil service, especially when taking into cognizance that these officers were not charged with any offence, let alone subjected to duly administrative procedures of query or representation.  Section 36 of Nigeria Constitution has given the right to fair hearing on any perceived wrong doings committed by the citizens. What is even more disgusting was when the administration granted opportunity to eight of the colleagues to proceed on retirement on permanent secretaries’ posts, and discriminated against the remaining five when there were no any formal charges against them. This has clearly constituted an infringement to section 42 of the nation’s constitution which prohibits discrimination amongst individual citizens by governments, authority, or person on the basis of religion, ethnicity, tribe or other persuasion as in this case.

It must be argued that individual officers who have served their states and indeed the country for well over three decades without a single query or reprimand be treated unjustifiably and without regard to decency or dignity.  Certainly, the Ganduje administration shall not rely on conjectures being deliberately orchestrated by selfish and misguided individuals to punish innocent senior public officers who have toiled all their lives to ensure the progress of our brethren in both urban and rural areas of the state. No doubt, the strategy deployed by the administration is aimed at depriving them the privilege of enjoying the benefits of retiring at the post of permanent secretary so that their children will not go to school and may live at the mercy of creditors or donors after the sacrifice they have made and painfully without committing any offence known to civil service rules, convention or guidelines. I wonder how that will benefit Governor Ganduje or any other person(s) behind these undercurrents.

A similar episode took place in Kano when the Late Audu Bako regime unceremoniously removed five five Acting Permanent Secretaries.  Those affected were Magaji Dambatta, Balarabe Ismael, Dr. Imam, Muhammadu Isma and Sani Dambatta all of blessed memory.  The irony is that all those affected had later in life attained positions of prestige and pride in both the State and Federal Civil Service, but impeccable sources showed that Audu Bako later apologized to all of them at individual level on a much later date, on account of the fact that the allegations against them were later founded to be grossly false, but the impunity appears highly regrettable when it was too late.

It is therefore advisable that Governor Ganduje of Kano State should not repeat the scenario committed by his predecessor some 51 years ago.  In his own case, the five permanent secretaries presently relieved/reversed to Director’s grade in 2019  on account of suspicion or unsubstantiated claims deserve fair hearing as guaranteed in Section 36 of our nation’s Constitution and other statutory guidelines contained in 2004 Civil Service Rules as Revised. For God’s sake these innocent souls had served the State for well over three decades diligently without a single reprimand.  Needless to say that people at the helm of decision making should anchor their action on the basis of wisdom, propensity of evidence, rational arguments, and above all be strictly guided by the centrality of fairness and equality.

Finally, as an on looker interested in the affairs of our community, I believe that it is not too late for the administration to reverse this unjustifiable act and allow those five individuals to retire happily, peacefully with their families so that God Almighty and history will also be fair and merciful to you in this life or hereafter.  I am sure as the head of the government, you may not like to do injustice to people that deserve justice and equity. It is advisable and not shameful to reverse decisions that were clearly tele-guided by high-level of emotions and articulated conjectures.