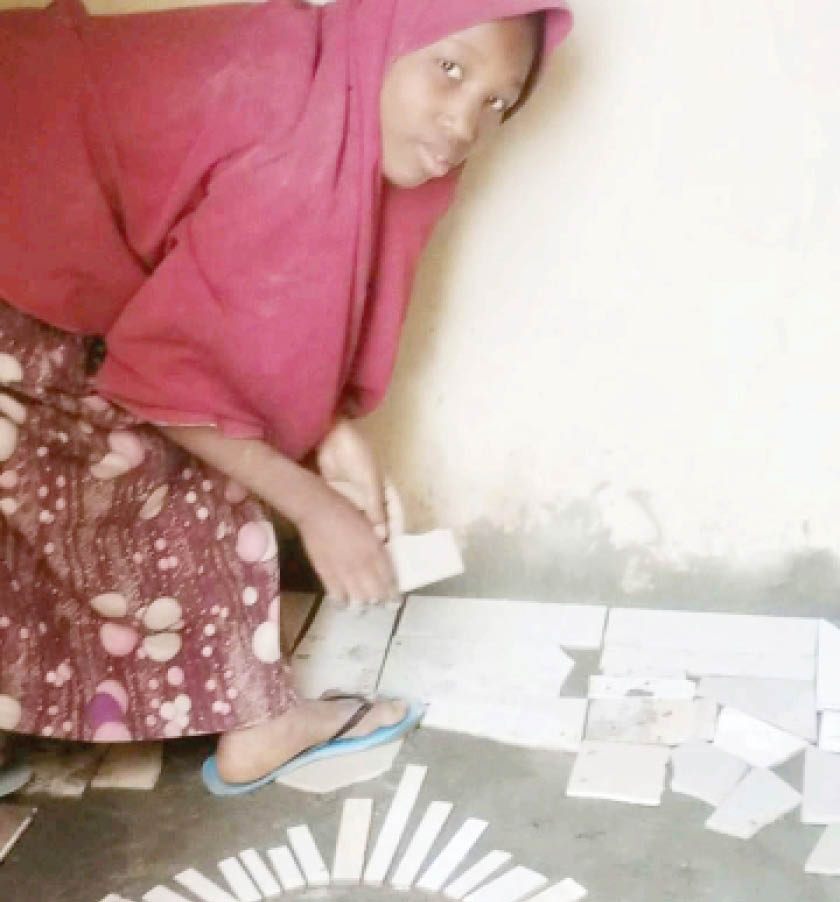 The awards came after Daily Trust, in two of its sister publications (Daily Trust Saturday and Teen Trust), reported how young Fatima is blazing the trail as a female tiler in a male-dominated sector and how she learnt the art from her father a few years ago and also combines it with her education.

She expressed delight for clinching the prestigious awards, while thanking her parents for their contributions to her life, especially her father who exposed her to tiling skills.

The tiler, who is now in her first year in senior secondary school, said she would continue with tiling, and hoped to become an engineer upon graduation.

The Artisan Awards and Skills Exposition is organised annually by Occupational Safety and Health Association, with a view to recognising individuals with different talents nationwide.