Two months after the conversion of Falgore Forest into a training ground by the Nigerian Army, communities in the area are still battling with persistent… 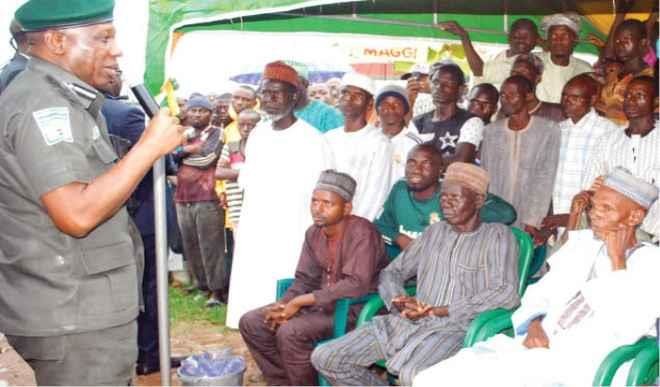 Two months after the conversion of Falgore Forest into a training ground by the Nigerian Army, communities in the area are still battling with persistent cases of kidnapping.

The Nigerian Army had sometime in May this year converted the now-infamous Falgore Forest in Doguwa LGA of Kano State into a training ground. Chief of Army Staff, Lieutenant General Tukur Yusuf Buratai made the disclosure during his visit there, and assured that officers and men would be receiving training at the location. “We have provided all necessary facilities needed for training in the forest. The army will ensure that Falgore Forest is free from kidnapping, cattle-rustling, armed robbery and other criminal activities,” he promised.

But two months after the conversion of the forest into a training ground, kidnapping has continued in various communities in Doguwa local government and its environs. Daily Trust learnt that the worse-hit communities in the local government include Tagwai, Gada-Biyu, Mai-Gwado and Murmushi. It was also gathered that kidnapping has become a daily affair in the area, making locals hapless, and a captive audience of sorts. Ransom is demanded, usually large sums of cash, before victims are freed.

Malam Ibrahim Sale Doguwa told Daily Trust that following recurring cases of kidnapping, some communities in the area resolved to relocate for safety. “About two weeks ago, two women were kidnapped and a ransom of N1m was paid for each of them before they were released. A man was kidnapped and his aged father was also killed in Mai-Gwado village recently. The abductors invaded the village to take the man and his father attempted to prevent them and they killed him,” he said. “This is the situation we find ourselves in Doguwa LGA. We’re now sleeping with one eye open because no-one knows who will be the next target of the heartless kidnappers.”

Another community member, Yunusa Bello Isa, described the situation as alarming, and lamented that despite the presence of soldiers, police and civil defense around the forest, the kidnappers were still abducting people. “The least kidnappers collect per person as ransom is one million naira. Sometimes they can request up to N2m per head depending on status of the victim,” he said.

Police Public Relations Officer, DSP Magaji Musa Majia, confirmed the re-emergence of kidnappers around Falgore Forest, but said the police were doing their best in addressing the situation. “This may not be unconnected with rainy season because Fulani are now moving around with their cattle,” he said. But he added that the police had on Sunday conducted a special patrol in the forest and arrested 19 suspected kidnappers, adding that two of the suspects had confessed to have actively participated in several kidnapping operations in the area.

Majia said: “We’ve found N170,000 on each of the two suspects, which they said was part of the ransom they collected from their victims. Two additional suspects were arrested in the local government and in Gani, Sumaila LGAs, respectively. We have rescued two kidnapped women and recovered a gun from the suspects arrested in Gani. So, we are doing our best as far as Falgore Forest is concerned,” Majia said.

The police spokesperson added that the State Police Commissioner, Rabi’u Yusuf had ordered the area commander in charge of Rano – which include all local government areas in the southern part of Kano – and the O/C Anti-Kidnapping to relocate to Falgore Forest to checkmate the activities of kidnappers in the area.

Muhammadu Kamilu of Tagwai village called on the state government and security agencies to come to their aid, as according to him the persistent activities of the kidnappers might soon force some residents of the community to abandon their homes and relocate.