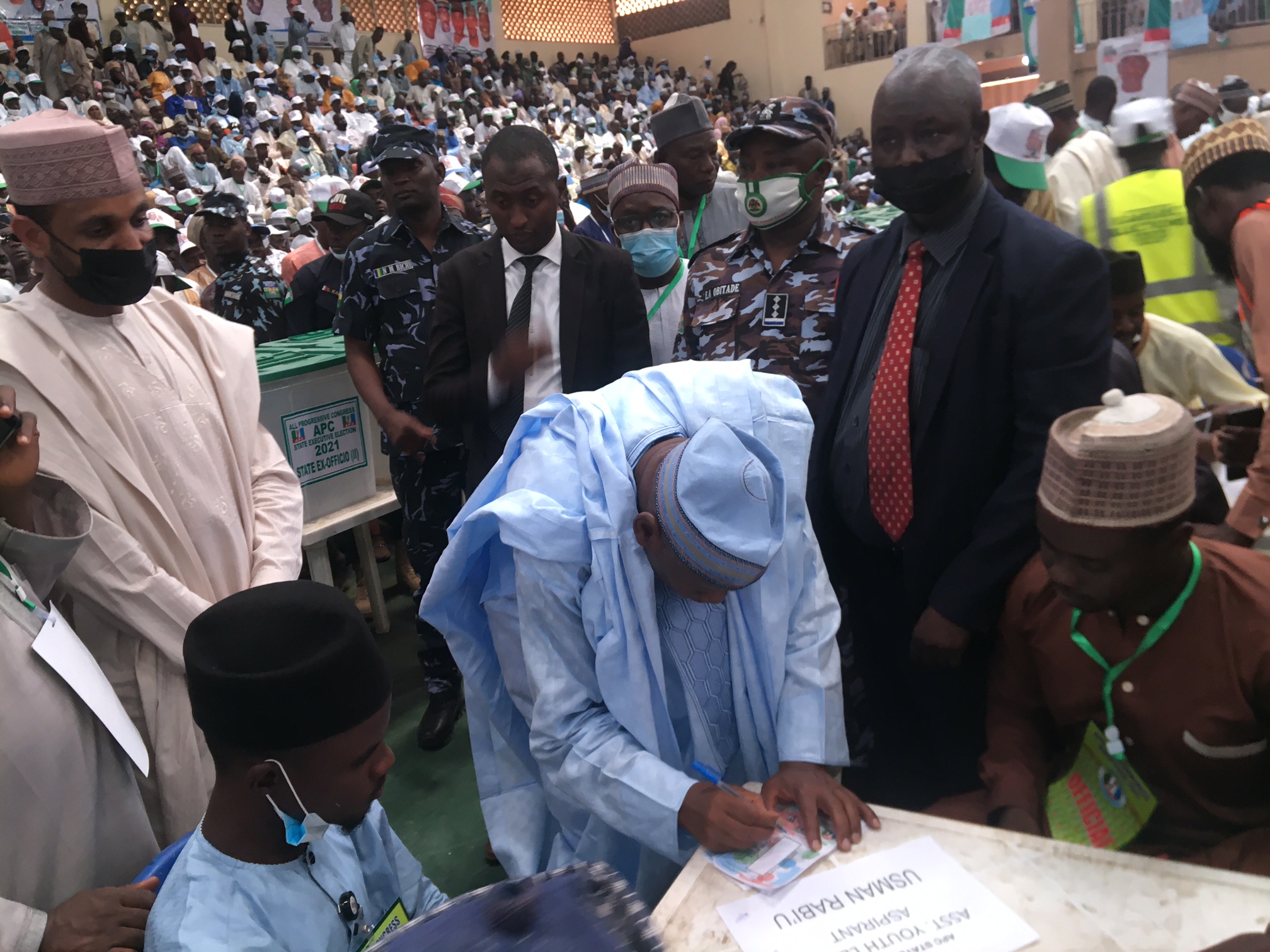 Sat, 16 Oct 2021 13:22:28 WAT
A former Kano State Governor, Malam Ibrahim Shekarau and Senator Barau Jibrin (Kano North) were among the top All Progressives Congress (APC), leaders in Kano State who were absent at the ongoing State Congress of the party.
This is as the state governor, Abdullahi Umar Ganduje, declared any other meeting elsewhere as illegal, insisting that the venue of the congress, Sani Abacha Indoor Sports Hall, was the only place recognized by the party’s national headquarters and the Independent National Electoral Commission (INEC).
The governor, who declared all those that are against his leadership of the party in the state as “disgruntled elements”, led delegates from his local government, Dawakin Tofa, to kickstart the voting process.
Shekarau had led Jibrin and four House of Representative members: Sha’aban Sharada (Kano Municipal), Tijjani Jobe (Dawakin Tofa/Tofa/Rimingado), Haruna Dederi (Karaye/Rogo) and Nasiru Auduwa (Gabasawa/Gezawa); and Shehu Dalhatu, Chairman, Buhari Support Group; to write a petition to the national secretariat of the party under the auspices of Joint Stakeholders Forum.
They had, among other things, alleged that they had been sidelined by the leadership of the party in the state despite investing in the success of the party.
They demanded the cancellation of the ward and local government congresses of the party.
But just before casting his votes, the governor insisted that the ward and local government congresses were peaceful and properly conducted.